Hey, my name is Dynasti Noble and I am just your ordinary girl on the internet. I came here on Fanart Central all because I got banned on DeviantArt since I can't create a new account. I called out 707fangirl and I got my account banned because of her stupid @$$! 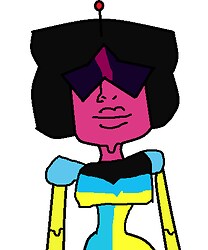