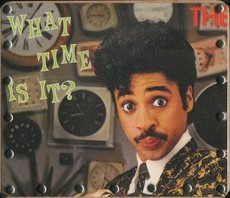 I kinda look like this
Lets see... for starters I'm a Christian, no complicated mumbo jumbo cant-even-prenounce verision of Christianity, just Christianity

I'm a black dudein the suburbs trying to survive highschool, any more info and the government will find me (*sigh* again). and I love 80's music.
Prince, The Time, Alexander O'Neal, Babyface, Public Enemy, Kid N Play, Waiting for the World, After 7, Al B Sure, Morris Day, Jesse Johnson, George Michael, Kool and the Gang, Boyz II Men, The Gap Band, Rick James, Keith Sweat, Bobby Brown, and I'll even shout out to Michael Jackson


but todays' music... *Sigh* No soul No Message

But yeah I love Naruto, Shikamaru is the best. If he died in the series... Don't even go there...


I'm a artist trying to get along in life, a writer, and a gamer. I hate Nintendo's guts to the extent that I'd get kicked off this site if I said what needs to be said about the evil n. But other than that I'm an average joe. Oh yeah, and I don't see why everybody digs that chipmunk, bubblehead mario. Yeah yeah redefined games, blah, blah, blah. He's a fat plumber that hops on mushrooms. Nuff Said! That and the fact that whatever I write on this blasted site is double-underlined in blue, from some stinkin' adverstiment monoploy! GWAHHAAH *kicks the rug in rage*!!!


whoops, gotta watch that ol' blood pressure... But I would love to develop my skills on this site. Any feedback is fine by me. That and I need to learn how to color with the computer (I'm pretty bad at that).

Weird Facts:
-Never broke a bone
-I can eat a horse and not gain weight
-Starring at a White wall is pretty easy for me

Quote of the Month:
When the time is right and the fruit is ripe, you will know everything, except nothing you will not know...

Thanx for the comments, i like you art too.
your linearts are realy good
how do you make your lineart??(it so nice and clean???)

thanks for the comment and sorry for my bad spelling

I use colored pencils then edited in Hp Image

so my orininal one was black colored pencils violet pencils

and silver and yellow

so ediing it makes it more intense

Thanks for the comment! i really love your raven pic, its awsome! 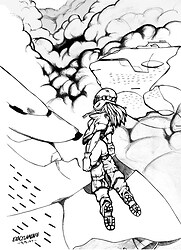