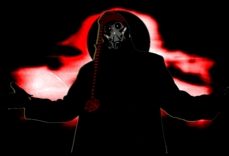 Once upon a time… No. Too obvious.

There once was a fan-artist from… Too rubbish.

Deep in the dark and nasty regions where nobody goes… Too stolen.

Sigh. Well, let’s get going with the basics. I love cartoons. Traditional cell animation mainly (there’s the odd good bit of CGI animation out there… Look at the Incredibles), and the closer it is to the 80’s golden era the better. If there’s one thing I like doing it’s doing fanart of these various characters. Three main areas I suppose:

The Secret of NIMH: Great film. Legendary really. A very special movie that you really must see if you consider yourself to be an aficionado of animation. I actually have far more NIMH related art at Simon’s Secret of NIMH site (www.thornvalley.com). Look out for me in the gallery’s fanart section. Even if you hate my art check this site out; it’s the best NIMH site out there with other fantastic fan-artists, a friendly forum, and beautiful webpage design.

Sonic the Hedgehog: I’ve been a fan of the swift blue one ever since playing the original. I will come clean and say I haven’t actually played any of the games that were not on the old Megadrive, but by goodness if I haven’t kept up with events on Mobius. The character design is some of the best I’ve ever seen! I can’t help but do some of my own.

Redwall: Only got into this recently, but they are great books. I love knights of medieval stuff like that. Marry that with small furry animals being unpleasant to one another and you’ve got a wonderful little fantasy world. Best character hands down: Cluny the Scourge. The world is so rich it’s easy to create art for it.

Well those are the main sources of my fanart but not to the exclusion of other great cartoons.:

Transformers
Ulysses 31
Danger Mouse
Almost any of Don Bluth’s films
Dark Crystal
Watership Down
The BFG (Cosgrove Hall are legends, as is David Jason...)
Duckula
Anime including Battle Angel Alita, Gundam franchise, Slayers, Ghost in the Shell, Tenchi Muyo and has anyone heard of Grendizer (aka Force Five)?

Of course I wouldn’t be a proper fanboy if it wasn’t for comics and manga (Aqua Knight, Battlechasers, Judge Dredd, ABC Warriors, Spawn…).

And a final point to finish on: Star Wars -not- Star Trek!

Expect to see fanart from all these sources eventually (maybe; possibly; after breakfast).

Okay… I’ve rambled long enough. I love discussion and feedback so I’ll see you guys on the forums…

hm, very interesting that you would choose such a.. hm, non-mainstream movie to use as an example for ideal animation. If i remember correctly theres some amount of early computer work in it isnt there? not just typical cell work...
could be wrong.

but anyway, i envy you just for the that you didn't pick something everyone else in the world is doing..good to see.

Congrats! You are officially the first person on my favorite artist list!

Hey, Cluny's your fav? interesting. I still laugh every time I read Redwall because it's so different then all the others in the series. My favorite character is Tagg/Deyna.

No problem! It's not like it's a secret or anything anyway.
Besides, I'm still learning myself ^_^

Oh yeah!
And I use pens,(biros and the like,)and mechanical pencils.
They give really clean, neat lines.^_^
Dip-pen and ink can be great to use as well.

Heya.
You asked about how I drew my pictures. It's actually a mix of what you said... First I draw on paper, scan it, then I mess around with it on paint. The eraser on photoshop isn't as good at getting rid of stray lines as the one on paint. I then mess around with the brightness and contrast on photoshop, this gets rid of any discolouring or smudges and makes your lines look stronger.
Drawing neatly on the paper helps, of course.^_^
The scanner also helps by making the pictures very large. I colour them when they are large, and when I'm done, I shrink them. This makes them look extra polished. Of course, I'm not just gonna stick with this routine, When I actually get a scanner,(I scan my drawings in bulk at the library), I'm going to put some of my other work in. For some reason the scanner at the library doesn't like colours.

Theres not really any story behind the name Carbuncle that I kno of, other than the fact that all the summons on 99% of all Final Fantasy games are based off of the names of gods. In Carbuncle's case, its the jewel thats supposed to be found at the base of the unicorn's horn.

You do awesom animal works! I ESPECIALLY like your Secret of Nimh stuff! Big fan of it! Its great to see artwork based on books that no one ever does fanart from! Especially the Redwall series! Awesome work!!
(And hope to see some Dark Crystal fanart in there eventually!)

well I've just visited thornvalley.com and I must say, you have got some talent!
Ps. I've added you to my fav. artist list ^_^

I really like you're art! Keep up the good work ^_^
Ohw, and I wanted to ask if it was ok to put you in my fav artist list??? Just leave a comment in my profile. Take care now =)
Go to page: