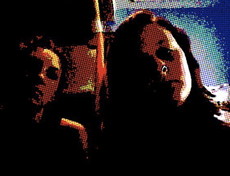 My friend and I posing for a punk band picture... I'm on the left

Me? I'm fourteen, I'm just getting into the creative world, and find myself surprisingly in place.
Isn't that almost poetic?

I prefer pencils as opposed to paints and pastels... In part because every attempt I've made with paints or pastels has turned into a catastrophe... and I'm not quite at color in art 1... and I plan to be drawing alot of LOST and Pirates of the Caribbean. You may even see a story on here at some point! (though whether or not it will be a hazard to read is hard to determine... most likely)

hmm... all my favorite artists' avatars are drawings of eyes

...I'm working on getting a scanner, but for now, my camera will have to do...

Hey thanks for adding me to your favorites, it really means a lot to me!

Hello
Welcome to FAC.
Sorry my invitation is late

im good too thanks ^^
so wazzup?

not much.
I can't draw worth crap but oh well. 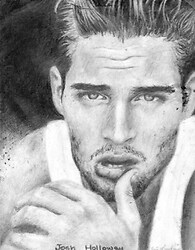