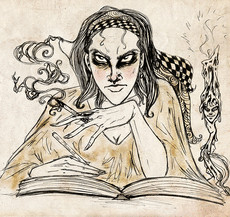 I'm Rae. I love all things gay, golden age illustration, and stupid details. I idolize Harry Clarke, Kay Nielsen, Arthur Rackham, and Aubrey Beardsley and everything I do was done over a hundred years ago by them and their contemporaries... but they did it muuuuch better than me and with a lot less gayness. =3

Angbang has, at the moment, pretty much taken hold of me so expect nothing but that to fill my gallery for a very long time. =3

I love your art work!
all the background are amazing! ;w;

i really like your style!! it's awesome!! *faves you obviously* YEAH PINK FLOYD GOODNESS!!!! XD

Your a HUGE Slash/Yaoi fan?
Im addicted to the stuff ^^'

Sorry, that teeny weeny bit at the bottom says:

Wooo! I have a NEW fan! *points at choo*

whoa ur so talented i love ur gallery!!! i really like the gemni twins came out amazing job!! ^_^b thumbs up

Jenny was so happy about the house they had found. For once in her life 'twas on the right side of town. She unpacked her things with such great ease. As she watched her new curtains blow in the breeze. How wonderful it was to have her own room. School would be starting; she'd have friends over soon. There'd be sleep-overs, and parties; she was so happy It's just the way she wanted her life to be. On the first day of school, everything went great. She made new friends and even got a date! She thought, "I want to be popular and I'm going to be, Because I just got a date with the star of the team!" To be known in this school you had to have clout, And dating this guy would sure help her out. There was only one problem stopping her fate. Her parents had said she was too young to date. "Well I just won't tell them the entire truth. They won't know the difference; what's there to lose?" Jenny asked to stay with her friends that night. Her parents frowned but said, "All right." Excited, she got ready for the big event But as she rushed around like she had no sense, She began to feel guilty about all the lies, But what's a pizza, a party, and a moonlight ride? Well the pizza was good, and the party was great, But the moonlight ride would have to wait. For Dan was half drunk by this time. But he kissed her and said that he was just fine. Then the room filled with smoked and Dan took a puff. Jenny couldn't believe he was smoking that stuff. Now Dan was ready to ride to the point But only after he'd smoked another joint. They jumped in the car for the moonlight ride, Not thinking that he was too drunk to drive. They finally made it to the point at last, And Dan started trying to make a pass. A pass is not what Jenny wanted at all (and by a pass, I don't mean playing football.) "Perhaps my parents were right....maybe I am too young. Boy, how could I ever, ever be so dumb." With all of her might, she pushed Dan away: "Please take me home, I don't want to stay." Dan cranked up the engine and floored the gas. In a matter of seconds they were going too fast. As Dan drove on in a fit of wild anger, Jenny knew that her life was in danger. She begged and pleaded for him to slow down, But he just got faster as they neared the town. "Just let me get home! I'll confess that I lied. I really went out for a moonlight ride." Then all of a sudden, she saw a big flash. "Oh God, Please help us! We're going to crash!" She doesn't remember the force of impact. Just that everything all of a sudden went black. She felt someone remove her from the twisted rubble, And heard, "call an ambulance! These kids are in trouble! Voices she heard...a few words at best. But she knew there were two cars involved in the wreck. Then wondered to herself if Dan was all right, And if the people in the other car was alive. She awoke in the hospital to faces so sad. "You've been in a wreck and it looks pretty bad." These voices echoed inside her head, As they gently told her that Dan was dead. They said "Jenny, we've done all we can do. But it looks as if we'll lose you too." "But the people in the other car!?" Jenny cried. "We're sorry, Jenny, they also died." Jenny prayed, "God, forgive me for what I've done I only wanted to have just one night of fun." "Tell those people's family, I've made their lives dim, And wish I could return their families to them." "Tell Mom and Dad I'm sorry I lied, And that it's my fault so many have died. Oh, nurse, won't you please tell them that for me?" The nurse just stood there-she never agreed. But took Jenny's hand with tears in her eyes. And a few moments later Jenny died. A man asked the nurse, "Why didn't you do your best To bid that girl her one last request?" She looked at the man with eyes so sad. "Because the people in the other car were her mom and dad." This story is sad and unpleasant but true, So young people take heed, it could have been you.


READ AND PASS ON TO AT LEAST 10 PEOPLE

Please listen to this angel's request......

If you do the small favor she asks to come true, She will be sent down to guard and protect you.

Send ten copies and see what happens in four days. You will get a surprise. This is true, even if you are not superstitious.

Ok thanks and don't worry, they don't have to turn out the way they are supposed to be. (yes, I could read that tiny little writting you just wrote. xD)
You can do them in you're style it makes things easier for you. :)
Go to page: