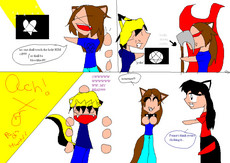 some random crap about me, i like: The Cheshire cat (disney's,Carrol's and Mcgee's), Alice (i like Mcgee's best),drawing,music,singing (not in front of people though),Chocolate,video games American Mcgee's Alice is the best thing since sliced bread in my opinion, beaten it atleast 5 times,Sonic the hedgehog,Inu-Yasha,Trigun,Wolves rain,pocketwatches (shiny!),Tea,animals,mah fwiends,mythology, HIM!!!!

Dislikes:Barbie,Barney,G.I. Joe, Disney's Tweedle Dee and Tweedle Dum,Rap (no offense to rap fans out there),Traci (some girl at my school),spiders,Crazy dog (nasteh song),and pink unless it's on the cheshire cat then it kicks steriotypes (or however the feck you spell that.), being teased by my friends *looks at hannah and amber* (well sometimes its pretty damn funny BUT when i dont feel like being teased i get flusterd about it)

Quotes i like, American Mcgee's Alice:"Quick as mercury and mad from it among other things,the hatter is obsessed with time,find him or your own time may be short" "Most unpleasnt metaphor please avoid it in the future." Almost anything from any HIM song (you can use it in almost any situation! :3) Quotes from me: "Squee!!!" "JONATHAN DAVIS, AMBER!...note my mocking tone.." "eep.", "Hannah it's joel madden! again there is that sarcastic tone..." "HORSIES!!" "you prick." "say that to my face!!" "I cry
Like God cries the rain" "Never kill an idea until you try it!" "..." "SHUTUP!!!" "NO I DON'T!!!" "im gonna go be emo...and cut mahself." "Ive failed them!!" "*holds up her hand with a heartagram written on it* "MY GODS WILL SMITE YOU!" "youre stupid!" "*laughs* what a loser" "youre an @$$" "don't make me Bam slap you!" "cribs" <- you wouldnt know what that meant unless you're amber, brittany, or hannah. it's an inside joke :D


Couples i dislike:
Knuckles and rouge
Knuckles and jenna (i have my own little world...)
almost any coupling with knuckles really...(except those mentioned above)
Couples i'm tongue and cheek on:
Yuri and Yaoi couples


NOTE: LADY_AYAME316'S FAC ACCOUNT WILL NOT LET HER LOG IN! AND MY FAC WILL NOT LET ME SUBMIT ART! HIM IS INDUSPUTABLE PROOF THERE IS A GOD!!!

I HAVE MOVED TO DEVIANT ART! IF YOU LIKE MY ART *what art?* YOU CAN FIND ME HERE: http://mysticwolf2314.deviantart.com/
THERE IS DIFFERENT STUFF THERE. i might come back when i want to IF i want to.

I have requested that you delete any pictures of my characters due to character theifs, please do so.

im going to leave this site 4ever...
so please come and visit me at my DA acount!
thanks 4 your sweet friendship!!!
hugs 4 ya! and hope ya are ok! ^^ 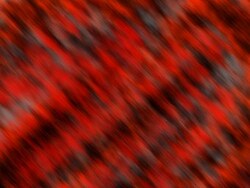