Member Info
Hey everyone!
You are not gonna believe this but I I've been here for 10 years... I changed accounts several times but in the old days I used to be known as "Greyhound", I don't do art as often as I would like to nowadays because growing up sucks, I decided to come back here mostly because at the moment I have too much time in my hands and because, in a way, is like coming back to the place where you where born.

About yours truly:
Well it all began in 1988, I was born in the desert of Sonora in northern Mexico, back then blah blah blah blah blah.... *3 hours go by* and that's how I got to where I am now!
Huh? you weren't paying atention? ha! neither was I! I have ADD you see? well I guess the easiest thing to do would be this:

Name: Just call me Antares or Greyhound, "Grey" if you like.
Age: I was born on November 17 1988
Nationality: Mexican (se habla español)
Orientation: Aromantic asexual

I am a veterinarian and dang proud of it! so if you don't see me around that often you'd know why :)
It's either work or .... ADD, I play a lot of videogames*, read a lot of books and watch a lot of things on TV and I get so distracted by reality that I forget all about my internet duties.

I'm friendly under normal circumstances but keep in mind I'm also a bit of a loner and I'm distrustful by nature so don't take it the wrong way if i refuse to answer a question.

I respect all fandoms, beliefs and orientations, I don't do hate, I may disagree on some things but I will never try to impose my opinions on anyone.

About my art:
My galery is safe for work and 90% family friendly, I don't do adult themes.
I usually draw only animals, monsters or antrhos, I rarely draw humans because I'm terrible at them.

*Anyone intrested on my 3DS friendcode or Nintendo ID, send me a note.

Interests:
I never forget a fandom, even if I neglect it for a while sooner or later the muse will be back and I'll be into it again.  I like to RP as most of my characters, too, especially if it involves adventure so if you're intrested send me a message.

And many, many other things, you'll know what they are once they show up in my gallery or my favorites :) if you have any questions feel free to ask!

hey you! welcome to FAC! :D  i love your art so far!  and dont worry about your ships, i very rarely pull out my shipping cannons ;)
never stop drawing as im a big fan of the sonic series and of Chaos! :D

Thanx, man! :D
Seriously, thank you, I was feeling a little insecure about uploading my ships here so I'm really glad you liked them :)

Thank you for faving my Goliath sketchdump :)

No problem you deserved it! :)
He is my favorite character from that show 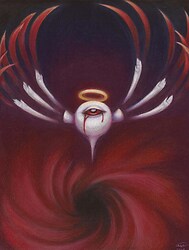