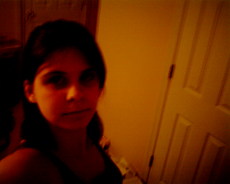 Ack ack. I can't believe that I suddenly remembered that I had this account... no less that I remembered how to get into it. And my username is dumb, LOL, but oh well.

I had like, a ton of interests on here. And it was all spastic and fangirly, but at least it reminded me that at some point I actually grew up.

Fangirls: enjoy your fangirl stages. They are most fun.

I did not grow out of art... and who am I kidding? I haven't totally grown out of the fangirl stage either. Hmmm.

So, my favorites. Just 'cause.

Games: Just Cause 2, Portal, Portal 2, The Sims, Super Meat Boy, Final Fantasies VI, VII, IX, Kingdom Hearts (and STILL have yet to beat 2, but have seen it beaten...years and years ago...) stupid time management games...

Books: Runemarks, Jane Eyre, Brave New World, Lord of the Flies, Lord of the Rings, The Hobbit, Harry Potter up until the Deathly Hallows (which I maintain was a copout,) Cry to Heaven, The Lovely Bones, Anything by Anne Rice or Jodi Piccoult, or Stephen King... oh dear... I can't list them all... I give up. UNCLE!

TV, which should be easier, as I don't have cable! : The Colbert Report, The Daily Show, Robot Chicken, Metalocalypse, Star Trek, King of the Hill, Family Guy, Always Sunny in Philadelphia, *faceplants*

*eyes it again* That will suffice.

Maybe there will be more fanwork coming? Who knooowsss...

Dude, we have so muh in commen! its not funny o.o

anywho, thanks for the profile comment - a random hello to you to!

Welcome to FAC.
Go to page: 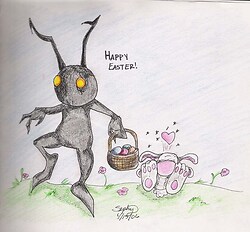