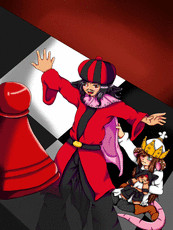 Hiya everyone- Dropping in for the first time in a while. I've actually been trying to get some work done these past few days. I'm still working to improve and I hope that shows in my works that are on their way. As stated before I haven't gotten much done in the past while-mostly been doodling traditionally and I don't think ya'll would be interested in a sketch dump from me (though not only that my scanner hasn't been working so I haven't been able to scan anything)

(I plan to eventually get my page looking all nice and pretty but until then we have this blahness.)

If you have any questions or anything feel free to ask. And never be afraid to shoot me a comment or something. I love hearing from people.~

I am only accepting requests from friends.

I am accepting art trades though please if I do mine do yours. I have taken art trades before and never got anything in return (the one that was really frustrating was I made a plushie for someone that I was selling for $2 and the person never upheld their end of the trade... so basically they got a free plushie keychain.)

Other Places To Find Me

Tumblr for my Comic: http://throughdifferenteyescomic.tumblr.com/

hey kyla is everything ok? you havent submitted anything in a wile ^.^

Yeah... I've just been so busy lately I haven't been able to work digitally on anything. I don't get on the computer no where near as much as I used to. I'm still working on my arts though Not to worry~ Oh! And I'm probably going to create a tumblr blog for my comic and do updates and stuffs there like ya'll can see my sketches and such and my wip and any other things on the characters that I might post.

oh thats cool, i might have to make a tumber soon ^.^
well good luck on your work, cant say i know what its like to be busy anymore but my sympathies are with you :D

If you do let me know~
Thanks for all your support and everything.

Shussssh *pets* You shall get a page soonish. =w=

heeeyyyy, are your ok? you havent been updating, or on in a few ^.^

Yeah I'm fine I just keep winding up without internet... and that would have been awesome for working on my comic... but I forgot my tablet pen at home... But yeah things are fine. I'm sorry for the lacks in updates. Good news is I do have LOTS of sketches built up I just need to get working on it. I have most of chapter 3 sketched except for like 4 or 5 pages.

ahhhh that sucks, but as long as your ok tis be fine ^.^   take your time, and try yelling at Verizon, even if you dont get internet through them it helps :D

Hehe~ I'm glad!~ I'm always happy to please. I have most of the next chapter sketched out so hopefully I can do regular updates.

I do not have much time, and I stink at having idle conversations, but here goes

I'M DOIN' GOOD, GURL, HOW YOU DOIN/? HOW THAT BOYFRIIIEENNNDD OF YOURS GOIN' MAN, HE HOT, YO! I WOULD TAP THAT- POH, BUT NOT IF YOU DO IT FIRST! TEEHEEHEEHEE! *puts hands to mouth like anime chracter*

Somehow, FAC will not let me comment on your first recently submitted picture. HMMMMMMMM

... That is strange. Comments are enabled on it. I don't know why it's not letting you.

Hum? Talking about my comic pages? Well I decided to do the pages in grayscale and I will be doing the chapter covers and such in color. Because I want the color to be special. =w=

when u going to put chp20 up

Alrighty I shall go and look at it.

And well when I finally get it done. I have all of chapter 1 and a few pages of chapter 2 sketched out. I'm really wanting to do a five page update to make up for my down time... Thus I have been trying to get the line art for those pages done before coloring them all... but my tablet cord or my laptop cord keeps messing up with me because electronics tend to hate me. Hopefully I will get them up soon. It is my plan to work on them once I get caught up with everything. Sorry for the wait... OEL 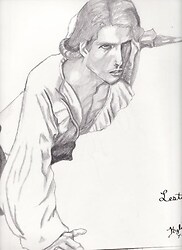