I like to draw, and Roleplay. I like heavy metal, especialy japanese heavy metal! XD I tend to go through phases... before I was obsessed with anime, I was in love with KND o.O...And I dun know why. I'm stuck between whether I like cats more or dogs. I love to snowboard! XD I live in Colorado, and go to Miller middle school. I have issues spelling things at time, so if I spell something wrong in this, don't go english teacher on me, cause I'm used to it and I know. One day I wish to be a killer ninja! XD I'M A NINJA! That would be so cool, but it'll never happen -sigh- the truth hurts. OH I must mention this before I forget...I have major anger issues. MAJOR anger issues! I'm mean really, I get annoyed so easily... but I get over it when I either listen to music, or beat something to a pulp. I started stomping on my ipod when it wasn't working right...then broke it more. Then it started working again XP Its weird how things work out eh? Very weird, but oh well its the world! x3 OH I love red and black...yes I do ^^ fave colors...maybe I should have mentioned that above O.o OH WELL! I MENTIONED IT NOW xD I tend to fall in love with evil guys...well, not anymore, he's an exception ^^' Don't ask...really don't. So many people have asked why I like evil guys... I don't know ok! GEEZ! >.< But yah, I like evil dudes, they have a tendancy to be sexy at times! MUHAHAHAHAHAHAHA!!!! ...............yah I'm done.....I'm random...I just noticed that after I typed this O.o

Maybe you didn't see it for some reason, but I've had your picture done for a while!
http://www.fanart-central.net/pic-450939.html

ahh no! Durango is FOUR HOURS away from where I live! ;_;
well, if you ever go to Denver or Boulder, let me know and we can hang out or something :)

CAN WE BE FRIENDS

hooold on! Why did I not know you lived in Colorado? *spazzes with glee*
Do you go to the Nan Kan? Sakura Matsuri? Dragon Boat festival?
It would be soo cool if we met each other in real life! (though I love pink and hate sports, I'm not a prissy girl! um...I'm a...nerd? Yay!)
Is Miller Middle school the same one as "Fletcher-Miller" with the horse? Since, I live in Westminster, it's quite the commute to school in Lakewood and I pass that school on the way sometimes, but as I don't live near there, I don't really know all the nuances of it. XD

Sure! I'd loove to do another arttrade with you! :D
I have an all day driving class again tomorrow (gahd, the heat!) so I won't be able to get started right away, and then I do have a few other projects, mainly a contest entry that needs to get done soon, but I promise it won't be too long! Let me know what you want me to do, and I'll think of something for you to draw also, okay? ^^ thanks!
Go to page: 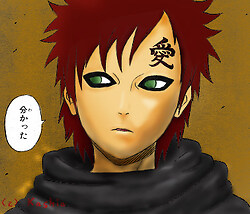