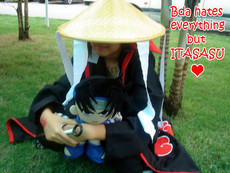 HEY PEEPS UNN!Sup' unn?Ahhhnnn long time I havent update meh profile unn!Yesh unn.I am finally FREE from teh EBIL SPM exam unn!FREE-DOOM UNN!!Muahahhahahahahhaa!!Now its time for meh and Yang and Neon to participate in parties and raves unn.LOL!Ohh yesh unn....I know I havent been posting as many pictures here on FAC unn.Its cause I've migrated to Deviantart unn.I kinda like teh system there better since FAC changed teh way things work here unn.Amy-chan ish on Da too unn.Come see some of my artworks taht ish not poste here on FAC on Da unn.Heres my site unn:- www.brokendeathangel.deviantart.com

Well,I hope you guys will have a Happy New Year unn.2007 here we come unn!!WHOO-HOO!!XD

Hi can I have a request please?

Hey there is this thing called MeredithC's Adoption Center so go to my profile to know more about it.

OMFG!
I TOTALLLLLYYYYY ADORE YOUR LORD OF THE RINGS PICS!!!!!
WOWOWOWOOWWOWOW!~♥
Go to page: 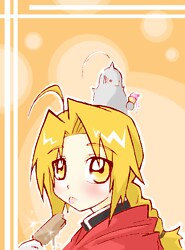