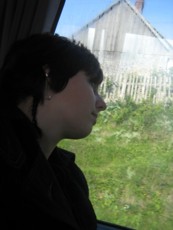 CELEBRATE TOWEL DAY ON 25TH OF MAY!
IN MEMORY OF DOUGLAS ADAMS
WALK AROUND WITH A TOWEL NEARBY ALL DAY, AND YOU'LL BE SAFE AND EVERYONE WILL THINK YOU'RE A HITCHHIKER AND YOU HAVE LOADS OF ESSENTIAL STUFF WITH YOU!


OH! I'm going to tell you about my pets!
We currently have:

A rabbit, called Skippy. He's about 4 years old, a real out-side rabbit and I can't handle him. No one can. He's kind of forgotten, which is sad. He's black, but slowly turning brown.

Of course, I will. Eh, yes.
Only paintings, though..

"Get out of your head! It's a bad neighbourhood!"
- Romance & Sigarettes -

"Put your homework in the bin, for school is a mortal sin."
- Freya (one of my friends) -

"It should be here tomorrow, the Large is quite fast at those things."
"Then why didn't they call it 'Quick'?"
- Me and my little sister; Iris -

"I love deadlines; I like the whooshy sound they make as the fly by."
- Adam Douglas -

"Don't worry, I won't be looking at your underwear."
"Who says I'm wearing any?"
- The Perfect Score -

"SCHOOOOL'S OUT FOR SUMMER!"
- some artist in the TIMELIFE Sound of the 60's add -


"Dead people know everything, they just don't care anymore."
- someone -


"Lord, what fools these mortals be!"
- Puck, in A Midsummernights Dream -

"Slim? Are you wearing my underwear? Because I am wearing yours and they just ain't doin' the trick!"
- Zaphod, in The Hitchhiker's Guide to the Galaxy-

"It is was we always dreamed about, think twice before you poopoo it!"
- Benjamin Coffin III, in RENT

What?!? No!
I commented your art cuz i wanted to!
Not because i was desperate to make someone see mine!
Really, you don't have too. :)

Thanks for the comments!

your request is up

Thank you for commenting on my angel pic. I might have an idea for you "An Immortal's Sin" request. I might take a stab at it. I'm really bad with doing things on time so you might not see it any time soon but I really like what I saw in my head when I read that so I think that I'll be motivated to do it sooner rather than later so I don't forget. I tell you as soon as I get it done and uploaded (which might be even longer then it takes me to draw it because my computer doesn't always want to work. -_- Well, yeah. I'll get back to you on this. 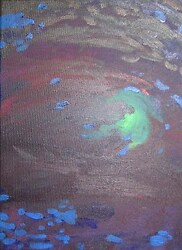