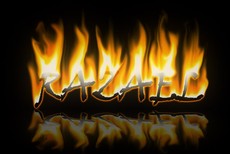 Where to start? I think someone would say "at the beginning might be a good idea" but i don't think you people want to hear my life's story so i'll just go with the more current me.
Let's go with basics: I'm 19. I'm an Aries. I guess you could say I'm a student but i don't study much.. only when i really need to. Oh and I'm single (not that you wanted to know that).
My Fave animes include: Neon Genesis Evangelion, Blue Submarine 6, Ninja Scroll, Vampire Hunter D, Akira, Ghost in the Shell, Patlabour, Dragonball + DBZ + DBGT, Princess Mononoke, Cowboy Beebop, Spirited ASay and oh so many more! It would just be a huge list of anime which isn't really what i'm supposed to put here.
I also Read a lot of Manga graphic novels. Rourouni Kenshin, Naruto and Shaman King amongst others.
Aside from all the Anime and manga, I also have a passion for tattoo designs. I've already had many requests from friends and random people i have never spoken to before asking for designs, which they have later used for their tattoos!
Other than that i guess you could say I'm quite a shy person and only really become outgoing when i know who i'm with. All my friends say i have a talent for twisting and being able to turn almost anything into something dirty. They say it's coz I'm dirty minded, but really i';m just suggesting things.. It's their dirty minds that find the dirt! :P
But everyone still looks up to me... not like they have a choice with me being 6foot3 and all.. Hehehehe silly short people.
ANyway, that's pretty much me.. want to know more? then ask! Now, ON TO THE PICTURES!

AIEEEEE!
I have a scanner once again. That coupled with some more free time means I can start submitting work again. :D

This is a general update on me and why i haven't been posting any new artwork.

Main reason, I've moved to Germany and have no scanner.
Poopy.. -_-

did u draw ur profile pic? ^

hey how u get so good at drawing??????
anyhow, if u do requests please e-mail me at elfdud7@yahoo.com.

Heyy, you're on my faves list ^^ Just wanted to come by and say hi and that your art work rocks.
My friends can twist pretty much antyhing into something dirty, too. It's a gift that they have passed on to me, I'm sad to say :P
That's really cool that you draw tattoo designs. I wouldn't personally get a tattoo, but I appreciate the detail in the designs.
Ah, now I'm just rambling so I'll let you stop reading my stupid comment and let you get on with your life :P