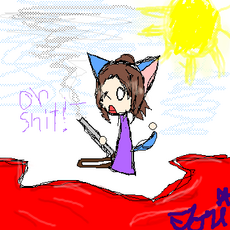 Alright i'll start with the basics.

call me weird, but Orochimaru has the same zodiac sign as me. O_O

Personality: well, my psycodeliosis plays a huge part in it, It causes me to have random outbursts of annoying stupidness and hyperness. Hard to deal with since im trying to be mysterious. >< [no clue why though xD]

THE ONLY BOY FROM NARUTO THAT I DON'T LIKE OTHER GIRLS TOUCHING IS SAI! he's my lil' artist-with-no-feeilings-that-gets-hit-by-sakura-5-million-times. =D

Couples I DON'T support:
SONIC
Sonic+Fancharacters: *shot*
Shadow+Girly fancharacters.
NARUTO
Neji, Gaara, Deidara, or Itachi+ girly girls.
Naruto+Sakura: i'm sorry naruto...i just can't do that to Hinata...
Ino+Sasuke: meh..
TenTen+ Neji:...
Naruto+Gaara: scary...
and i hate those random couples that include people that barely know eachother!!!!1@ e.x. Sakura + Gaara...dood, wtf? where do you get that from? same with Hinata and Gaara....*combusts* ><"
INUYASHA
Inuyasha+ ANY fan character: no, it's not right...[it's different if you're just being funny, me and my friend Carissa flip whenever we see him shirtless. xD]

Ok, I'm done... If i haven't mentioned any you like/hate, that means i probably neutral on those. *whew*

things that annoy me: OVER OBSESSIVE FANGIRLS! like once i went to a girls profile and she had something like, GAARA'S MINE! ALL MINE GODDAMNIT! AND IF YOU TOUCHI HIM I'LL frackING RIP YOUR EYE'S OUT AND POUR LEMON JUICE IN YOU EYESOCKETS!!! ok, maybe it wasn't EXACTLY like that, but you get what i mean.

well enough of that rant. lol.

hey girl! how ya been? catch up on the Manga Reading?

By any chance do you take art-trades?

And one last thing,I was wondering if you can tell me where you got oekaki? Is it a special type of painting system? Can you download it from the internet for free? Or do you have to buy the system?

Hey! Love your pictures! I'm a huge fan of Naruto and was wondering if you'll like to have an art-trade or can I get a request.

hey! I'm finished with the pic. I'm just waiting til the pic gets submitted.

I have NO absolute idea what that is.
Go to page: 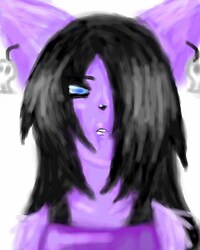