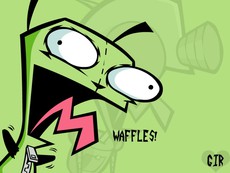 Really, would anybody notice if I stopped getting on here? I don't think you would.
Hey guys. I'm Adele. I have no life. I draw all the time. I'm usually a pretty friendly person until you act stupid. Then I get mad and you probably won't want to talk to me anymore. I'm not here for flaming or harassing anyone. I'm here to make friends and view art. I'm not going to flame you so please don't flame me. Nobody likes it (that I know of). I'm pretty girly sometimes but I have my old gothic tomboy-ish ways. I can't help it. I have a very mixed personality enabling me to virtually get along with almost all of you. As any human being is, I like many things and I don't like many things. If I later find that I can type some of them I will but I'm kind of lazy. I enjoy learning and experiencing new things (I don't mean drugs hahaha. I totally knew what you were thinking). I'm not sure if a person would notice but I'm very interested in love stories. I have a strong sense of humor. I'm not opposed to sexuality. Which reminds me...
Requests:
Yes, of course I'd be glad to take them. It gives me something to do. Don't be shy. I don't have very many rules. I'll pretty much draw anything. Which reminds me of something else..
I don't always draw things that are appropriate for a child's eyes. So I'll try my best to get the thumbnails on. Parents:
If your child has stumbled upon a piece of my work that you'd be upset about, it's not my fault. It's my art. I'm not going to censor it because you can't monitor what your kids do. It's not my responsibility. Don't sue me. You won't win.

Yep that's about all I can think of... If you have any questions, don't be shy. I'm not so just ask. I can't imagine you wanting to know anymore than that. Ha ha

your work is exciting!!

Hello
my name is Miss Vivian sanka,after viewing your profile in this site,then i feel like dropping this massage to you, please i will like to know more about you and if you can send an email to my email address i will give you my picture because i have something important which i will like to share in common with you. Here is my email address (vivian_1sanka@yahoo.com)
vivian.

Hey how you doing?

Yeah I glad he gone and sorry I wasn't on cause I moved to Kansas and I was on DA. 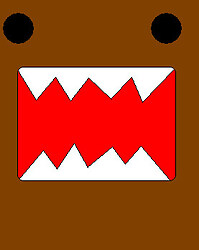