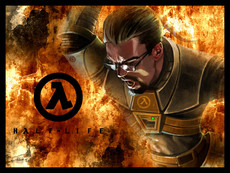 I have recently Adopted this Character: http://www.fanart-central.net/pic-564658.html (Cute no?) And I need some help placeing her. Any suggestions will be appriciated. THANKIES :)


Like Starcraft? want a sequel? go to [url]www.operationcwalii.smfforfree.com[/url] for more details!

Requests for Other Pending Completion: [Request for Mira]

(I changed my thing out of boredom, the original is on Mira's Profile)

Description:
Real Name: Bryant
Age: 14
Sex: Male
Hair: Brown, Short to Moderately long. (Its usually my bangs that are longer)
Eyes: Dark Brown
Height: 5'11
Weight: 200
Favorite Colors:[/] Black, White, Red. (In that order)
Favorite Color Combos: Black/Red, Black/Blue, and Black/White.
Ethnicity: White/Native American.
Interests: Gaming (Video, PC, Tabletop, board, and Some Athletic games)
Movies, Animation, Comics, Stick-figures, Reading, Hiking.
Personality:GOTHIC!Among several other things.
[]Thingz I hate: I REALLY HATE ZADR! I think it should, oh I dunno...DIE OF AIDS/HIV! Is there any other type like, maybe, GATR? It stands for Shush dont tell them! Why? Just dont! W/E NVM, my brain says I shouldn't tell you. I'm not really a fan of Yu-Gei-Ho, or Pokemon. I mean, I like the little Pokemon guys, they are adorable, the story of the whole show just gets Insanely repetive. Like, Ash travles to a gym, fights a master, wins a badge. somehwere along the way he meets up with team rocket, who spout 3 minutes worth of crappy dialouge just to get shot into the sky by a blast from pikachu, where they say the same uber lame catch phrase as they fly away. OH and once and awhile they're be an episode where instead of fighting in a gym, he captures a new pokemon. Not too appealing any more...
Favorite Music:
More to life - Stacie Orrico
The Memory Remains - Metallicca
Peril - Halo 2
Epic - Faith no More

Description:
Date of Birth: 1/5/1931
Age: 75
Human Age: 15
Sex: Take a moment to guess...
Irken Eyes: Black
Human Eyes: Grey
Irken Hieght: 3' 5"
Human Height with standard Issue H.E.I.I. Extenders: 5' 10"
Irken Weight: 65 Pounds
Human Wieght: 110 pounds.
Favorite Colors: BLACK, Blue.
History: When Bix was 20 he was drafted into the Irken army. Quickly afterward he became in invader, and served in operation Impending Doom 1. He downed 2 planets in one year, So the tallest decided to send him to a secret group called H.E.I.I. Where he contunited for the next 40 years conquering planets, until his score hit 15. He Trained vigerously all throguht Impending Doom 2. When the Armada was taken down by the Risisty, It was left up to the H.E.I.I. to protect the remaining Irken Forces. They launched a massive counter attacked dubbed, You guessed it, Operation Impending doom 3. 15 years after the Great Assigning took place, Bix, Along with Invader Vik, Was sent to earth to aid the newly reinstated Invader Zim in its destruction.
Physical Features: During the time in OID3 he conquerd 5 planets post earth. On his fifth planet (Jupiters moon IO.) He was shot down by enemy AA guns. His arm was completly Crushed, and his face gashed open. He still achived victory over the IOnoids, but he lost an Arm and his Eye in the process. They were both replaced with robotic parts, and a large scar still ramains going down his face.
SIR Details: Bix has had 2 SIR units. IN OID 1 the SIR that served him's name was GAN. Sadly though, on his last mission, GAN was infected with a strange computer VIRUS, and slowly decended into insanity. Bix had to shut her down, and reformat her memory disk. It was too risky to put it back in her body, so he put it  a small secure box that sits comfertably in his Voot.
During his H.E.I.I. Training, he built B.E.I. . He would've put GAN's Memory disk inside of him, instead of a new one, but Bix decided it would be better for him not too. HE has been convinced by BEI to rebuild her though,and he plans to do so in the near future.
_______________________________________
B.E.I. (Basiccally Enhanced Informant) SIR MODE
(NO PIC YET)

Description:
Age: 10
Height: 6"
Preset Gender: Male
Body Color: Red
Eye Color: Dark Red
Duty Mode Color: Glows Bright Red
Personality: BEI is a very logical SIR unit.However, He has an extremly fun loving personality, WHich has been compared to GIR on more than one occasion. BEI is always in a good mood.
Physical Features: BEI has the H.E.I.I. Symbol on the back of his Head. He, Like gir, Was forged out of spare parts, and things Bix made from scratch. Because of this, he looks like a smaller, more red version of GIR.
____________________________________
B.E.I. Disguise Mode
(NO PIC YET)

Interviewer: Why did you decide to do an interview?
Bix: Becasue, other people did it, so I decided to :) .
Interviewer: Isn't that against the popular views of a gothic person?
Bix: It could be, if taken the wrong way.
I: Explain.
B: Nah, I dont think I will.
I: But dont you want to get the message-
B: I said... I dont think i will...
I: Woah.. Put the gun down, no need to get violent.
B: *Lowers gun* Fine.
I: Do You consider yourself Gothic?
B: Yes, but I consider myself a mix of other personalitly types as well, with goth bieng a base for all the other types to stand on.
I: What do you do that makes you Gothic?
B: Being Isolated most of the time I cant really proclaim my Stance publicly well. When I go out (For bike rides and such) I usually wear black clothes. I dont have much metal stuff tho :P. I have Black Boots that I wear all the time, even for no reason (Just becasue they make me feel cool), and I hae basiccally the same outlook on life as most goths, just a bit more personally refined and individual.
I: Example?
B: Well, my views on non conformity are a little less strict. Like for exemple, if a large group of people are doing something that would help them have a beter life, I have no problems conforming to he ideal.Oh, and i dont wear Eyeliner. Ever.
I: has this "Individual Gothic" view of your ever effect other gothic's views of you?
B: It has before, they've made comments about "How can I be goth if I dont due *Blank*". I usually just respond "that by doing *Blank* I would be comforming certian Ideals that I dont like."
I: Why did you choose goth.
B: Simple, I hate everything else, and Black is cool.
I: By being goth, does that mean you like vampires?
B: DO I!? I LOVE VAMPIRES! Awsome of all Awsometude. I love all undead actually. My favorite being Zombies :).
I: well, that ends the interview for now, expect me to return in the future. But first one more question. Why do you liuke the undead?
B:BECAUSE I AM ONE!*Reveals Fangs*
I: ooh, nice teeth.
B: Thank you ^.^ *Attacks Interviewer*

V1k (Well, she's my sister. If I didn't put her on this list I'd probably be dead by morning. [HELPME] I PUT HER AFTER EZ THOUGH! TAKE THAT EVIL SIBLING! MUAHHAHHA *Thunder* MUAHAHHAHA!)

There everything you may want to know about me, revealed. Have fun wallowing in my amazingness.  (BTW, thanks Mira for the profile idea xD)

I trust your obedience.

Ah,It's you Bryant,I'm Gabriels friend,the one that PLAYED CS1.6.ANd Uninstalled STEAM because it was making me lag like a bish.Have a nice day mate.

*does a dance* Well well, we havent talked in a while, no? xD How r u?

WELL PERSONALLY I THINK YOU ATE THE GUMBO ALL BY YOURSELF!!!

Mira is BACK from the dead and will be online and posting regularly!! Also, Mira's BIRTHDAY is in exactly 10 days, forget and be destroyed by tiny monkeys with pitchforks. 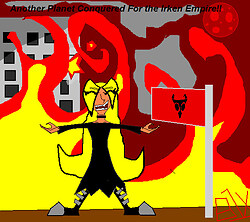