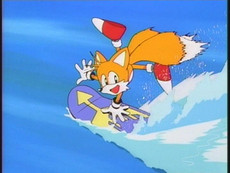 My first disk is totally gone. My disk crashed again because of a mess-up ting in my applications. I didn't lose my stuff this time. I am goning to eithr get a new hard drive for my laptop (and a new keyboard cause my current one is messed u) or I might just get a whole new laptop alltogether because my laptop is real old...


Little bit of info about me. I can't draw. =,(
I think I can write ok if an idea comes to me. I get most of my inspiration from pictures and other stories, although sometimes it just comes to me.

Dislikes: Wiggers, anything "Gangsta", people who want to kill themselves.

Best friends in rl life: "Elmo" (his funny nickname that someone started calling him awhile back)

Jenesis
Jenesis (who one of the my furry characters is based off of) is a good friend of mine who is (hopefully) helping me out with Kuro's backgound story. She likes yaoi and anime/manga.

Adrenalin
Adrenalin is another good friend of mine who likes alot of the same anime/manga I like. He came to my school from another one in the area, which he claims (and I believe) is better than our school now.

"Sexy Sista" (mind you, she came up with this name on her own)
Sexy Sista is another member of my strange group of friends. She will, on purpose, take something the wrong way, therefore, making it seem like something perverted. But we still love her anyways. (sorry, inside joke)

"Panda Bear"
Panda Bear is close friends with Sexy Sista and laughs at the majority of things that escape Sexy Sista's mouth. As far as I know, she is not necisarily into anime/manga.

JG
JG is a cool guy who isn't really into anime/manga but can enjoy a normal (by our standards at least) conversation.

Will (person who Will Taylor, of my furries, is baised off of)
Will is good friends with me and Jenesis. He doesn't really read manga but he sometimes watches anime, and thus can sortof get any anime joke that may happen in a conversation. I do know that he likes Chobits. (eventhough he claims to have only seen afew episodes) Will is a gamer and pretty athletic.

Favorite quote: "Elmo": "And the holy Poptart shall comith down from the sky and there shall beith a grand feast." (yes he srsly said that about ants and a Poptart he saw on the sidewalk at Schliderban)

Movies I didn't like: FullMetal Alchemist the Movie: Conqueror of Shamballa (except for the first scene), all of the Pokemon movies (what really anoys me is that Ash almost dies in every friggin movie! It's really stupid), Bee Movie (Except for the court scene and the lawyer joke at the end), Alfred Hitchcock's: The Birds (didn't like the ending, tad too gory for me)


If you have any ideas for my story, email me. I'd love to hear your ideas

There will, hopefuly, be a background story for Kuro up soon. I was totaly stumped detail wise so I asked a good friend of mine, who also happens to like writing, to try it. I've given her components and ideas for her to work off of. If and when I finaly post it, I am giving all credit to her.

Currently working on:
none =(

thank you for your comments! *hug*

x) I like your avatar/icon/whatever.
Also that RPG screen is amusing. Hehe.

Anyway, just randomly stopping by while jumping around in profiles. See ya. *flies away*

MUFFIN HAS BEEN STOLEN!!

ANY INFORMATION ON IT'S WHEREABOUTS WOULD BE HIGHLY APRECIATED!!

Not that anyone will notice (or prolly care) I've decided to let myself, a.k.a. "RL me", be represented by the hypothetical character Bob!
Krazykat: Hooray or something?
Bob: >.>
So ya... Whatever.

W00t 200 comments!
Krazykat: yep this guy a\has given 200 comments
RL me: ty for the aknowledgement Mr. Obvious... =(
Krazykat: Why so glum?
RL me: I'm bored out of my mind cause I can't get a new RS membership. ;_;
Krazykat: This sucks. Now since your depressed, it'll probably rub off on me since I'm your creation.
RL me: *sob*
Krazykat: wah! Imma go hang myself now! *cry*
n/a: Anyway, BORED! that is all.