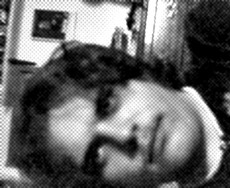 I grew up at trailer park in Parkersburg, West Virginia all my life. I was the neighborhood kid that was picked on all the time, but most of the time I stayed with my grandparents in Vienna, WV which was the best years of my life when I was 3-4. My father was handicap so he couldn't live with me and my mother, he lived with my uncle who took care of him. When I finally turned five years old, I went to Neale Elementary School. After grade K I went to 1st grade, and thats when I started to slack off. I got into a lot of trouble and eventually I got held back and had to start 1st grade again. The second time I got better and I finally past and got to second grade, and I really liked that time of my life, that same year they put me in BD cause I was still got into trouble. After I was in BD, I got a lot better in school, I eventually moved to 3rd grade and latter on they found out that I lived in Parkersburg, not in Vienna (Cause my mother wanted me to go to the same school she went too.) and they transfered me to Lincoln Elementary School in Parkersburg. There I made some new friends and thats when I stared drawing. When I got to the 5th grade I had to transfer again cause Lincoln Elementary was closing down and so I when to 6th grade at Mckinley Elementary School, Mckinley was also a good time of my life, after I graduated from elementary schools I when to Vandevender Jr High School, were I met one of the best teachers I'll ever had, Dino Lyons He was awesome and funny at the same time, but that same year was turned to the worst when my uncle (The one who lived with my father.) died and my hole world collapsed, and my anger got really bad to the point where I had to go to counseling for it I got better and started working on my artwork and made a few comics called. When I got to 8th grade one of my teaches transfered and a new teacher took his place, and thats how I met, Matt Null! now he was also awesome, he was one those lade back kind of teachers. He had like movie day, like everyday with new released moves and every Friday we got to go out to eat lunch! I mean 7th - 9th grade was the best times of my life and I'll never forget those times! When Freddy Vs. Jason came out in 2003, I'd remembered at one point in my life of seeing a few Jason and Freddy movies but I didn't care for them. But after I saw Freddy Vs. Jason I was hooked on horror movie and I got so obsessed with horror film, I started to collect every Friday the 13th film, Nightmare on elm street, Texas Chainsaw Massacre, Halloween and Hellraiser. Time moved on I eventually got to Parkersburg High School, it really sucked so bad there, but I'm still got threw it. That same year I lost friend, Kyle Welson. He was hit by a car while skateboarding. The next year I move on up to the 11th grade, still that same as the year before. I started working on an idea for a cartoon, I call "The Uncle Bob Show", a buddy of mine and me made live action show of it on YouTube. That same year I losted my Grandfather, Roy D. Elliott on Jan 25th, 2007, I felt terrible and when I got back to school I found out one of my art teachers, Vickie Myers die as well. I was really shock and upset about it. Well after all the drama and sadness I went through, I finally found peace when an old friend, Susan Sheppard hired my firend and I to be tour guides on her ghost tours here in town and we also became ghost hunters after that. The nest year I was in the 9th grade, and school got a lot better for me, I made a lot more friends and I'm getting better in my school work. All that aside, I finally graduated from PHS, it feilt really good to out of school, unfortunately I lost both of my camras so I'm currently not ghost hunting anymore. I got really into the classic movies and started collecting more movies as I go. Right now, I'm doing movie reviews on just about any kind of film on Myspace, DeviantArt and Crystal Lake After Dark. More to come...

So much detail! This is great! Keep it up please! ;o

Thank you! ;)
How, I have been missed, kinda feel bad! LOL
I haven't really been on FanArtC for good long time, I thought I wasn't getting and viewers here anymore! Then again, I really haven't had anytime to draw like I used to.

Sorry I missed you, Thanks again! Check for all my new stuff here http://ubob.deviantart.com/ and here http://www.myspace.com/timothy_elliott

hey i like ur batman and joker pic its awesome

hay, just wanted to say that your art is really great :) 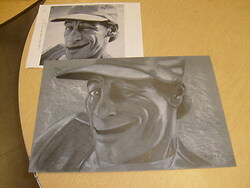