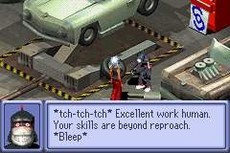 *I TAKE REQUESTS AND DO ART TRADES*

Certificate of Marriage: This is to certify that Disco Bear &amp;amp;amp;amp; Tori were married on April 29, 2006 Marry Your Favorite Character at myfconline.com/

Certificate of Marriage: This is to certify that The VP &amp;amp;amp;amp; T Light were married on June 15th, 2006. Marry Your Favorite Character at myfconline.com/

Um, okay.  My bio guidelines are the same as Tulip's.  I stole them. XD  Sorry.

Heya yo!  Meh name is NuttyRulez221, or Tori or N.R., and this is my profile!  It's almost as good as Tess's!  Um, stuff about meh: I love Happy Tree Friends and hate Flippy, and in turn, I am hated by Flippy fans.

Facts about my chars:

T Light has snuck into the VP's office about 234 times, and the number is rising.  She has yet to be caught by security.

The T in T Light stands for Tamia.

I got T Light's name  off a random site where they gave you your "ghetto name" and when I typed in Tori, it came out T Light. xD

HI TORI hows it been!

Hey! its been like 4evr u havent been on msn latley....or maybe im just not gettin on at the rite time....o.o anyway i got sum new junk i drew and im gunna put it on within the next decade! =D

oh, can i also have a request?

hey tori, how are you?havent talked to ya in a while ^_^
do you have a deviant art account?...

Thanks for your newest comment Tori :) Fine to see you here again.
Go to page: 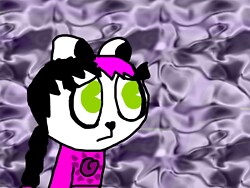