Member Info
Check my new website! http://nuttymcnutnut.googlepages.com/home
↓↓↓G-mail user and proud of it.↓↓↓ 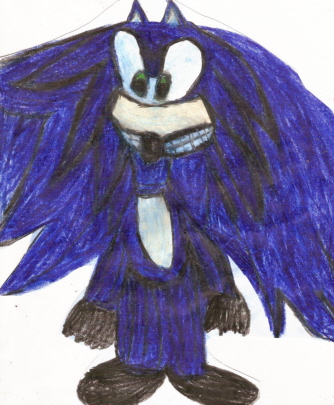 Indy the Hedgehog
(Picture by FalconLobo, thanks!)

Hi! I'm a 13 year-old computer-whiz who loves (not literally!) Sonic the Hedgehog. The series, anyway. I think Shadow's cooler, though...


My accounts on other websites:

No More Blue: NuttymcNutNut (A fan-site, even though it may sound otherwise...)

Trespasser (Who says beating raptors up with rocks isn't fun?)

Sonic Adventure DX (How can the fastest Dreamcast Sonic game be badly rated?)

Shadow the Hedgehog (Gunplay IS fun, there IS an auto-aim feature and absolutely no glitches! Well, maybe a little bit)

Sonic R (Me likey this game 'cause it's like a freeform racer.)

Sonic Next-Gen, AKA Sonic '06, Sonic the Hedgehog (Don't know, haven't played yet but probably is underrated, even with SLOW character movement)

Sonic Unleashed (On Wii, it's a very enjoyable game! Although, it seems like the Werehog was the main game and Sonic was an afterthought.)

Sonic Heroes (Ok, they did mess up the character switching a bit, but that is easily avoidable... It's possible to be in Speed formation 90% of the time!)

Star Wars Episode 1: The Phantom Menace (The jumping physics are a little off, but otherwise it's just fine.)

Unreal Tournament 3 (It deserves a 20 out of 10, at least! Hoverboard bails are hilarious, and the Feign Death feature makes a glorious return, ragdoll style!)

GTA IV (Definately deserves a 10/10. Also, the characters are visibly still alive after punching their Health bar to zero, and they can still get up, so Yaay, no more guilt!)

More to come as Gamespot gives bad reviews and I think otherwise!

Shadow the Hedgehog is NOT a bad game! Wall clipping happens rarely, and loading glitches are caused by dirty discs. Also, GUN-PLAY FTW*!

This avatar isn't mine, I found it on some forum.

DUDE!! where in the world are you? XD

Don't laugh at this! Just do it!


Start thinking something you really really want, cause this is
astounding. the person that sent this to me said their wish came true 10
mins after they read the mail so I thought what the heck.


You have just been visited by Dr.Suess's Cat in the Hat. He will grant
you
one wish.
Make your wish when the count down is over.

Send this to 10 people within the hour you read this.
If you do, your wish will come true! . If you don't it will become the
opposite

I haven't got a PSP.T_T. But I have Sonic Unleashed for the PS2. It's an awesome game, and so's Shadow The Hedgehog.^^

Sonic Riders:Zero Gravity for the PS2 is one of the ultimate racing games...In the world!!!!XD

The people that review them have given them a lot of grief haven't they?

hello! have you been WI-Fi ing lately? 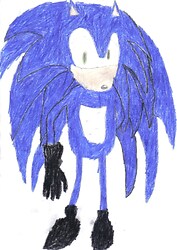