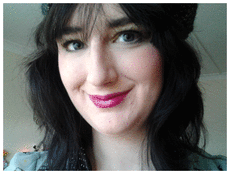 I DO NOT do requests, and I rarely do art trades! I do commissions though!

I love Pokemon, but Team Rocket is my favourite (human) characters! :D

You're welcome! Are there really more on here? I shall have to find them! I haven't met another person with Aspergers in so long!

Oh and I meant to ask, what is your address for DA? xx

Well, what do ya know? I didn't suspect a Jehovah's Witness inside FanArt-Central. That's really something, you know! My parents were already Jehovah's Witnesses before I was born. I was imature back then...and now I regret that! My parents were only trying to put me in a good and acceptable position inside the congregation. It's too bad they quitted beeing there, three years ago, around 2004. I already suspected that something weird was going on, but I couldn't clearly understand what that was. And, as time passed by, I was "inserted" in a Graphic Design course. Not because of my will, but because of my mother's will. The circumstances were very tight. I "had" to accept this. But while I was still in the first year of this course, every time I returned from school to my house, I found some of my old friends of my congregation. I was missing them, and listened to them! I was really moved by their words and teachings. I felt like I was really learning something important. But, then...another circumststance appeared. My mother read some type of magazine or Newspaper that annunced newly build houses in a far place from ours. I was against that idea about moving to another house. I couldn't accept that! But my parents told me that, in our "current house", we had no garage to put the car. They used to take their car off the place when our neighbours pushed the horn button. And we didn't have a lift. We only had stairs...which for them was a little bit painfull. But I still warned my old "brothers" of the congregation that I was about to move to another house. And later, when I was finally living in my new house, I asked my mother if I could return to the old congregation behind our old building. She told me: "You have the right to defend what you believe in". And that's when I picked up my "Kingdom Hall material" and returned there. Some eople were happy to see me. At first they didn't recognizes me, but when I told them about my parents, they soon realised that I'm André Antunes, their son. And now, I'm trying to study with them about the Bible and their beliefs.
And that's basically the situation I am now. I'm still going there every Saturdays, although I missed two days, I think. By the way, I forgot to introduce myself. My name is André Antunes, and I'm portuguese.

Do you take requests? If you do can you do my three OC's hanging around? If you would like to, they're in my gallery. Thier names are Kara,Asha, and Raja 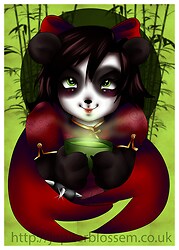