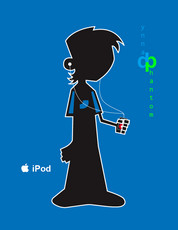 Well, after the Maximum Ride obsession, I've moved onto a new one: THE CHRONICLES OF VLADIMIR TOD! Another awesome book, to go right up next to Harry Potter and Maximum Ride! The first book in the series is called "Eighth Grade Bites", which came out last August, and the second one just came out in April - It's called "Ninth Grade Slays". If you don't know about this book, (which u probably havent) THEN:
GO CHECK OUT THE AUTHOR'S WEBSITE! (http://www.heatherbrewer.com/)
OR GO TO A BOOKSTORE AND BUY THE BOOK! you won't regret it!
AND, the "Twilight" series! I just finnished the first book, and even though i'm a boy, I still think it's an amazing story - the author keeps you glued to the page, almost literally.

Other good shows to note:
MythBusters& other discovery channel shows...
Prettymuch anything else on SciFi network
Drake & Josh
INUYASHA!
Not much else, I don't watch a very wide variety of TV shows...

Hey! No prob. I meant what I said! Hey looks like we like a lot of the same things! I can't even get some of my friends to look at Maximum Ride!

I just like your writing... it is very good. That is why i read your story.... you made it interesting nomatter what the topic is on your next one... I will still read it.

geeez you are like silent all the time... why don't you post more of your story?
Go to page: 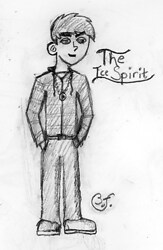