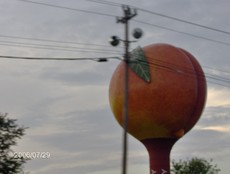 A man in his 40s bought anew BMW and was out driving on the interstate at top speed when hesuddenly saw flashing red and blue lights behind him.

"There'sno way they can catch a BMW," he thought to himself and sped up evenmore. Then the reality of the situation hit him, "What the heck am Idoing?" he thought and pulled over.

The cop came up to him, tookhis license without a word, and examined it and the car. "It's been along day, it is the end of my shift, and it's Friday the 13th. I don'tfeel like more paperwork, so if you can give me an excuse for yourdriving that I haven't heard before, you can go."

The guy thinks for a second and says, "Last week my wife ran off with a cop. I was afraid you were trying to give her back."

The first blonde asks to be intelligent. Instantly, she is turned into a brown haired woman and she swims off the island.

Thenext one asks to be even more intelligent than the previous one, soinstantly she is turned into a ravishing redhead. The redhead builds aboat and sails off the island.

Fourof his elves were sick, and the trainee elves did not produce the toysas fast as the regular ones so Santa was beginning to feel the pressureof being behind schedule.

Then Mrs. Claus told Santa that her mom was coming to visit. This stressed Santa even more.

Whenhe went to harness the reindeer, he found that three of them were aboutto give birth and two had jumped the fence and were out, heaven knowswhere.

More Stress. Then when he began to load the sleigh, oneof the boards cracked and the toy bag fell to the ground and scatteredthe toys.

So, frustrated, Santa went into the house for a cup ofcoffee and a shot of whiskey. When he went to the cupboard, he foundthe elves had hidden the liquor and there was nothing to drink.

In his frustration, he dropped the coffee pot and it broke into hundreds of little pieces all over the he kitchen floor.

He went to get the broom and found that mice had eaten the straw it was made from.

Justthen the doorbell rang and Santa cussed on his way to the door. Heopened the door and there was a little angel with a great big Christmastree.

The angel said: "Where would you like to put this tree Santa?"

Sprawledon the shore nearly passed out from exhaustion, he turns his head andsees a woman lying near him, unconscious, barely breathing. She's alsomanaged to wash up on shore from the sinking ship.

He makes hisway to her, and with some mouth-to-mouth assistance he manages to gether breathing again. She looks up at him, wide-eyed and grateful, andsays, "My God, you saved my life!" He suddenly realizes the woman isCindy Crawford!

Days and weeks go by. Cindy and the man areliving on the island together. They've set up a hut, there's fruit onthe trees, and they're in heaven. Cindy's fallen madly in love withhim, and they're making passionate love morning, noon and night. Oneday she notices he's looking kind of glum.

"What's the matter,sweetheart?" she asks. "We have a wonderful life together. I'm in lovewith you. Is there something wrong? Is there anything I can do?"

He says, "Actually, Cindy, there is. Would you mind putting on my shirt?"

He takes off his shirt and she puts it on. "Now would you put on my pants?" he asks.

"Sure, honey, if it's really going to make you feel better," she says.

"Okay, would you put on my hat now, and draw a little mustache on your face?" he asks.

"Whatever you want, sweetie," she says, and does.

Then he says, "Now, would you start walking around the edge of the island?"

So, with her skirt zipperhalfway down, she reached back and unzipped her skirt all the way.Thinking that she could get on the step now, she lifted up her leg onlyto realize that she still couldn't reach the step.

So, seeinghow embarrassed the girl was, the man standing behind her put his handsaround her waist and lifted her up on to the first step of the bus. Thegirl turned around furiously and said, "How dare you touch my body thatway, I don't even know you!"

Each priest had a small bell attached to his penis.They were told that anyone whose bell rang when the nude model dancedin front of them would not be ordained, because he had not reached astate of spiritual purity.

The beautiful model danced before thefirst candidate, with no reaction. She proceeded down the line with thesame response from all the priests until she got to the final priest.

Asshe danced, one of the priest's bell began to ring so loudly that itflew off and fell clattering to the ground. Embarrassed, he took a fewsteps forward and bent over to pick up the bell...

randomness makes the world go round =)

i know i push people away. i am my mothers child and she did the same thing. but i am glad to know you arent contrubiting and that everyone cant execpt i am truly sorry

pleez, can't we just all get along? bottom line, Heather is sorry. If i were a true friend, I would just forgive anyone who is a true friend in return. Remember the good times, not just the bad. Forgive, or it will turn around and hurt others, and not just emotionally. yah want to see it physically and lethally? try watching Saw 3. (I did not mean for that to ryme)

i try to be nice to you and you bring up stuff ths t doesnt involve you. i am glad i don't talk to you! YOU ARE A SELF CENTERED dog!!

i was not mad you got a boyfriend i didn't like him.
heck yes i am the better person not the dog cause i didn't erase you from my life.
everything happens for a reason so i dont give a shoot but i can still talk to you without slitting you throat.
i have made friends also so you don't have to act like a dog to me like i am a loser okay.
i am sorry i caused you stress and i sincerly applogize for everything i did to you, but you have to amitt there were good times too not just bad.
anyway to sum this up, i hope later down the road we can talk but i know we can't right now and i understand, and all this is true i aint feeding you bs.

Hey, the assistant principal for ninth grade said he'd crossdress if we met a certain goal...(wonder if he practices at home...?) 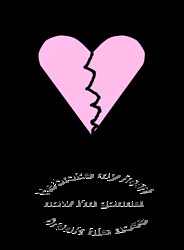