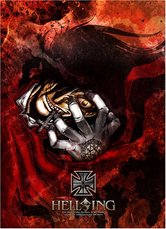 Well hehe, Im 17 years old, I love anime and manga, I'm a very relaxed person who only gets pissed off when I can't do things or drawings right hehe (this happens really often) I think Cowboy Bebop, Trigun, Ranma, GunGrave, DBZ, Rurouni Kenshin and Full Metal Panic are the best series ever! I enjoy very much drawing and listening to music while I draw, and as you can c Samurai Warriors are the greatest thing ever for me, never have been able to draw a very good one (personal frustration hahaha) Hope you like my pics and my profile, oh yeah and I'm also taking kung fu lessons YAY! They rock! Other than that I like to be happy and to get comments on my pics hehe makes me think it was worth the time spent on it.

Shin-Shan - Who the frack created this nonsense bullshoot ugly drawn series I fracking hate this mediocrity. It shouldn't even be considered as anime.

Digimon - Dude you are not creative, you just took fracking pokemon creatures out of their balls.

Vulcan Rogers was a soldier during World War 3. In the year 2025 he was forced to a sieres of illegal experiments to enhance his strenght. These experiments, called Proyect Ragnarok (which in Nordic mythology symbolizes the end of the world) had not been tested so therefore his transformation began. the ying-yang at the end of his sword calls him out to take revenge on the people ho did these experiments and until then he would be able to rest.

hello
:D
i luv ur avatar

Yo i just started my 2nd contest heres the link if ya wanna join http://forums.fanart-central.net/viewtopic.php?p=759136#759136

i'm wondering what's up with the hellsing contest. did you announce winners yet?

yeah man! yo got 3rd place if im not wrong, post your request here

OH cool uh i have to think about it but i'll let you know soon. but i'm just curious do u have a page so i could view the standings?

ok i know this took awhile but sadly i don't have as much free time as i would like, but i finally decided on a request. I would like a group picture of my characters, here's a reference http://www.fanart-central.net/pic-331868.html
But i don't want the pic to be symetrical the way i drew it. thanks

i dont wanna rush you but theres only a couple of days left n my contest  and i have only 4 entries i might give you all 2 days xtra to get something done ok ^^
Go to page: 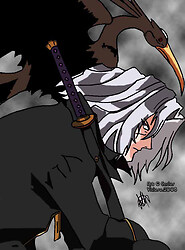