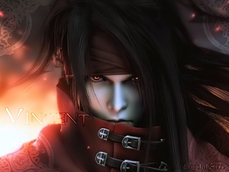 Thanks for taking the time to look me up! Yeah... but I'm afraid I must disappoint you now. There's really not much to say about me, except that I like to draw for all of you lovely people who care to look at my work ^-^.

*ahem* Anyway, I've been drawing for, well... all my life, really, but I didn't start doing it seriously until just two years ago. (I discovered shading! *gasp*)

Current phase: Dirge has been bought, played, and finished. Amazing. Vincent is such a bad-@$$.

hey i haven seen you here before and i KNOW your not new, so are you coming back after a long absence or have i just never been on when you are?
ether way have a good day, and i love your art ^.^

ur a very gud drawer....... question can i steal them lol

wow i like you're arts ^^ should you can draw maybe kyo and tohru sohma from fruits basket for me???

Oh yeah, the picture of Araya's up too. I honestly can't remeber if I sent you the pic in an email or not...anyway, it's called 'Gone With The Sin'.

Hi, haven't spoken in a while! I'm going to do your request this afternoon, so hopefully it'll be up soon. Did I send you the desktop by the way? I can't remember if I did or not >.<
Go to page: 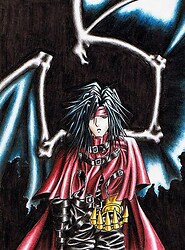