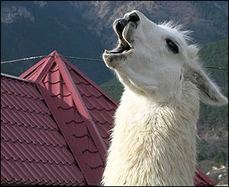 A little about what I do:
I make a comic series and a movie series. My comic series is called Psycho Moose Island. It's about a kid named Billy Pamoose who discovers from a group of assassins that he is destined to die for something he will do in the future. So now Billy Pamoose is set out to kill the Person who is behind this. Alot of the characters in my comic are based off of real people I know. You can check the comic out here on my gallery or visit my site, [url]www.freewebs.com/pmi0[/url] (If you want to visit my site I suggest just copy and pasting it because the link probably won't work.)
My movies are called Harry Bladder. I know I didn't make up that name, I got it from a skit on All That on Nickelodian. But I only copied the name not the show. I'm going to try to get it on Youtube.com someday so people can see it. It's pretty funny.

Yup, and thats all there is about me.

lol, your fav character from naruto is in this..

so you get it...since his attack moves are dances...thats all you need to know.

argh, still not talked in forever. I guess this makes me a bad person...

but, yknow, you're good. a ton of people seem to be talking to you, which is cool.

Thanks. Photoshop is a pain to learn if your mouse is buggy.

hey you want to be friends

thanx so much i love it. in favor would you like a request? ^-^

his successors replace him..I found the entire manga on the net...but now they have the anime on youtube.com...but its alittle stupid in comparision to the manga...Light seems more -deranged..to the point of irony.

ahha...I found your videos!....your webpage though...goah....its like a drag danger zone..if I knew anything about html I might volunteer to help or something...

u have to paste on your address bar to see it

oh...yeah..and have you put those youtube videos up yet of your harry potter parodys?
Go to page: 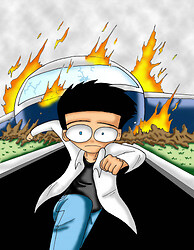 Running from a Plane