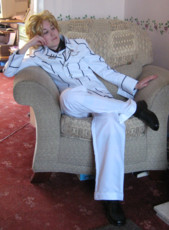 Hello, konnichiwa, hola, bonjour people (I don't speak french at all but i know some spanish and japanese...mostly spanish)

I'm an avid gamer when it comes to games like Final Fantasy, Kingdom Hearts and Tomb Raider. My favourite game of all time is Final Fantasy VII, Sephiroth is so awesome. Everyone loves Sephy. XD

I'm an avid anime and manga fan also. My favourite anime include Vampire Knight, Nabari no Ou, Monochrome Factor, Chrno Crusade, Rozen Maiden, Petshop of Horrors, Fake, (the dubbed was the worst thing I have ever seen), Yu-gi-oh!, Beyblade, Monster Rancher, Digimon, Pokémon, Flint The Time Detective, Final Fantasy VII:Last Order, Gravitation and Trinity Blood. I prefer to watch my anime subbed rather then dubbed. It's so much better in Japanese.

I don't like/can't stand such bands as System of a Down (I can't stand Metal), Fall Out Boy, Green Day(I can't stand pop-rock such as FOB and GD), Marilyn Manson (I just plain hate him), HIM, Slipknot, Evanescense and many other bands that follow along the lines and sound like any of those bands.

As I am an avid fan goth rock that makes me a goth rocker (OMG *faints* I'm a goth rocker...I'm a goth!) and no I don't worship anything evil or black, unless you count Rozz Williams as the devil. XD I'm not evil, I don't eat people, I don't do magic, I don't worship evil, I don't cut or self harm either. I am a nice and hyper person who loves living life to the full, listening to goth rock, playing Final Fantasy, watching anime and reading manga.

hey could you draw my digimon oc doggymon here is a pic of him - http://www.fanart-central.net/pic-660188.html

draw im any way you want and in any pose you want.

-ever think about doin some Legend of Zelda stuff?

Why thank you!
Also you're a Vampire Knight fan aswell, awesome, which remind me I have to update this with VK goodness pictures.

Thanks.
Well hopefully in the next few weeks I'll be spamming up my gallery with more.

Lot's of practise infront of the manga is love.
I still dislike how I draw the characters. Matsuri Hino's art is beautiful, I love how she draws eyes.

here ye hey yall I encourage you to check out my profile and the request/challenge there on. I truly wish you to participate in it 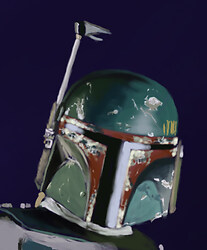