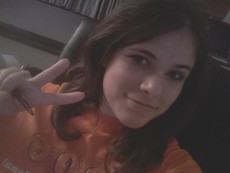 As for myself...may I ask for a very odd request? Hee hee. Can you drawme with two of my faux-boyfriends, <a href="http://www.explorepahistory.com/cms/pbfiles/Project1/Scheme34/ExplorePAHistory-a0h9q5-a_349.jpg"> Alexander Hamilton </a> and the <a href="http://smg.photobucket.com/albums/v311/KerushiMerodu/history/?action=view&current=d974_1.jpg"> Marquisde Lafayette </a> ^_^;
lol, I know that's totally weird. But I dig historical figures way more than the guys I know! *nerd*

If it's too wierd, I can think of something else though *wink*

Have you thought of what you wanted for the arttrade? I'd like to get started on it before Tuesday! :)

(sorry about previous comment being deleted. I typed it up in WORD and forgot to reformat it before posting it and it all smooshed together. Let's hope it worked this time, if not I'm just gonna have to leave it.)

Hello!
Wow, thanks for writing to me! I love to hear about yourlife :) Long comments totally make my day!
My birthday was pretty cool. I get embarrassed easily and Iwas so happy to make it through school with no one singing to me. Hehe. And mygrandma was visiting us, so I didn't' get to go hang out with my friends (butthey all were slackers and didn't get ahead in their homework like me, ha ha,so they would've been busy anyway) …but she did make me strawberry rhubarb pie!It's my favourite, but I hadn't had it in 6 years because rhubarb doesn'treally grow out here.


Last year was my final birthday party, so I didn't get asmany presents this year, but I got some really thoughtful ones, which wasgreat. Some really neat clothes, a game I've been wanting, books, a pretty teacup, strawberry ring, etc. That's really cool that you got a laptop. I'm, like.the only person I know who doesn't have one XD. And the umm 'family laptop'which is quite old doesn't have internet, so it's useless except for watchingdvds, since our other computers can't play them. But my mom promised me alaptop for when I go to college…

I'm sorry your friends didn't remember! 16 is kind of a bigdeal, so it's depressing that they forgot. Only a few of my friends rememberedthis year too. I totally agree, it's better that they remember without youtelling them. I've known a lot of them for ages, and some of them rememberedthat my birthday was the 5th, but they didn't realize that it was the 5th whenit was! XD
I understand though. I was all ready to decorate a friendslocker for her birthday last year, on the 21st, and then when the day came, Ihad no idea! I thought that it was the 19th when it was really the 21st. ;_;I think it's hard having a birthday around the beginning ofschool because everyone is so busy getting used to being back in school thatother things just kinda leave their heads for a while.
What kind of a Mustang do you want? There's this old modelin my neighborhood that is like my favourite car, but sadly it's not for sale.I like vintage cars ^^ I want to get anold one (turquoise with fins and chrome!) that is really cheap and take itapart. I plan on putting solar panels on top and re-wiring it so I don't haveto use gas! :D

Don't worry about the arttrade being a bit late!! School ismore important. I totally understand about the whole homework situation,because I'm in the IB program and we usually get LOADS of homework, which makesit hard to do anything else. This is the first year where it hasn't been sobad. Yet. Ha ha.And I need to start filling out scholarship applications andcollege essays. I just found out I qualify for this full-ride instatescholarship, so I have to work on that one to compete and maybe get it! Notlike I want to stay instate (I want to go to University of Southern Californiaor Hamilton College), but Hamilton is $45,000 a year, and I just can't affordit.
Growing up is kinda weird…Now that having to go out in thereal world is so close, I've had to come to terms with the fact that myfantasies about life aren't very practical. I wanted to be a manga-ka while incollege and all this other stuff, but now I'll have to find a real job to supportmyself! I decided to double major in Art History and French (I want to live inFrance when after college) and have a career as an Art Historian or work in artrestoration.
I wish I didn't have to wear make-up, but my skin is not sogreat. Not bad, but I'm kinda vain about my appearance so I wear foundation. Idon't wear other makeup though, except for eyebrow liner XD I have this thingabout having 'perfect' eyebrows. I can't believe you didn't wear makeup untilrecently! Lucky! That is kind of awkward having people mention it to youthough…
Wow, I you really like the picture that much? I'm so glad!!*blush* I love to draw pictures for you, your characters are so much fun. I'mpretty busy with my IB art class –we have to make this fancy exhibit at the endof the year and we have to have 20 pieces, along with this special school-izedversion of a sketchbook called an "investigation workbook" and allthis other junk. Too bad you live so far away, I'd want you to come! (I cansend you an invitation anyway if you want, ha ha)But maybe over Thanksgiving break, I can draw some more foryou. Mmmm, Japanese food. I went outfor Italian at on my birthday. I wanted to try Russian, but there aren't anyRussian restaurants here o_0;
Well, I do tend to ramble on…so my comment is even longerthan yours! Sorry!I have to go now, gotta read 120 pages of this Stalinbiography and all of Hamlet! XD -Kerushi 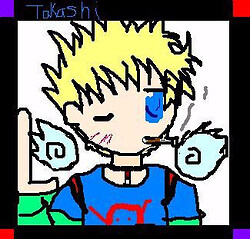