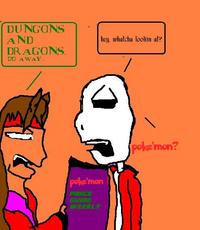 I'm a author,writer and drawer.

dislikes:being called a girl,mysterio slapping my face(why me?),stuck in time in the middle of a roleplaying game(damn),yellow,spongebob(i only watch it becuase of squiduard),dancing waiters,yoai(thats just too farfetched,i mean come on... who ever heard of boys kissing another boy...they only do this at the age of twenty and above.).


personal quote: "if any villain says 'i will attack the world of widows and orphans!' SHUT UP!"

by the way, thats one of my houses.

Check out my site I have some t-shirts for sale, all my art and more.

Thanks and stay cool!!

*randomly adds you to favorites list* XD actually i added you a long time ago... yeah ok im going to go away now before i get hurt again by the evil ice cream man ~FATE the Pirate

Hello again!!! ok I´ll do a pic for you but give me time because and I have to study for my september exams and I want do an Orlando Bloom pic too, but don´t worry. When I do it I´ll tell you ok? Your pics are cool! ^_^ ^_^
Go to page: 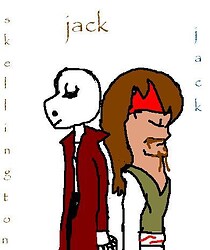