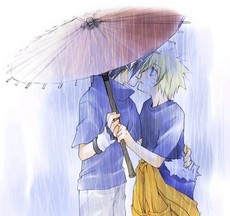 
Hmmmm....Right, I'm not going to tell you my name(you can call me Nami), but I'm sixteen years old. I've been drawing since the early age of five(not properly, I sucked back then) after my Mum inspired me when she drew a pic of Sailor Moon. From then on I went on to draw all sorts of anime, including Sailor Moon, CardCaptor Sakura, Naruto(my big one), Loveless and characters from games such as Kingdom Hearts(yay RikuSora!!) and The Legend of Zelda(Link!!)

I hope you like my work, even if it's only really Oekaki and such, but don't flame my work if you look at my yaoi pics. That pisses me off, I mean don't look for them if you're going to say 'it's gross'.

I don't want to see ANY chain letters. If I do, I will ignore it and delete it straight away.


I don't take requests, but art-trades are acceptable if I feel up to it.

And don't be afraid to talk to me! I won't bite your head off. I'm actually really nice, so long as you don't offend me(that means being an @$$, hurting someone's feelings or flaming my work). Then I'll become really nasty with you.


Well, I guess that's enough from me. Later!!*two-fingered salute*

Did you forget me? D: 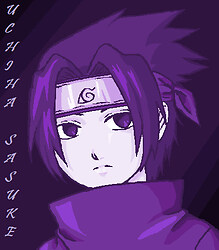