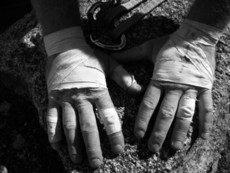 Hi I thought that I should put more about myself. So here goes first I love books I'm one of the best bookworms out there like I ever say I wont like a book before I read it well some times I do but I try to read it and if I still think it's stupid or not me I just stop reading it. My favorite books are; Keys to the kingdom, Bartimaeus, Artemis fowl, Looking for Alaska, Inkheart and all her books, Pendragon, Harry Potter, Redwall, and a lot more that I can't think of right now. Then there's movies I love movies as much as books, my favorite movies are; V for Vendetta, The invisible, the matrix and everything that goes with it, the dark knight, Rent, flushed away, enchanted, and other ones that I can't think of right now. favorite shows on T.V. are; mythbustters, dirty jobs, NCIS, Bones, most shocking/daring, smoking guns world's dumbest, other then that I don't know. I love my music but it has to mean something to me or I don't like it. So my favorite Music is; the classic cime, wizard rock,the spirit soundtrack, Avril Lavigne, Linkin park, old rock and a lot of random songs that have meaning to them.

I'm good have a lot to do right now though. I can't what in tell school starts I'm bored just seating around doing nothing.

Hey sorry for getting back to you latish I just don't really know what to say to that, well I do but I don't know how to get out of my brain and on to this. I know that story well it's one of the seven verse used to condemn gays and I know a lot about it I just don't know how to put it into words if that makes sense. But right now I'm single and I'm gonna try to stay single in tell I have all this worked out.

That's my plan. and I don't have any big hobbies I read, play on the computer, and listen to music and try to hang with friends.

ofcourse i remember u silly! :P
so how r u??
and whats with moving???

Hey =), sorry it took me forever to get back to you. I'm okay a lot of stuff has happened and it's hard to deal with it. but how are you it's great to hear from you.

This message holds one of the biggest secrets I have. I've lost some friends with this secret too nd I understand why. I just thought I should wrong you that's very big (to me at lest)

I'm fighting with myself right now about the fact that I'm gay or at lest 1pan and Christan which is like trying to mix water and oil together. =/ plus having a very bad break up doesn't help much either.

1: Pan-sexual means that I fall for personalities which is true with guys but not so much with girls (my last relationship show it)

o thats sad :( i really hope that u may find the right way, i really hope... try to learn and study more about this stuff.. about religion, .... u'll surely understand
my prayers r with u... and so r my hopes, don't let hopes down! GOOD LUCK :)

Thanks for understanding, and I am doing a lot of research and really looking deep into myself trying to figure things out but it's always nice to have people around to help. I'm founding some balance now which is nice. It's very hard to figure things out when you aren't on levelish ground.

i like ur thinking and determination.. so ur on which side? i mean which one impresses u to live it? i really really hope u get on the right way
prayed 4u :)
my best wishes~

I grow up in a christian household and I don't want to loose it, I don't really know what "it" is though; I'm still strong in my faith, I still love god deeply and I know he loves me. So I don't really get what needs to be fix.
I mean what makes a homosexual relationship any different from a heterosexual relationship other then the gender?!? God wants us to put him first, so if I was in a relationship and not putting god first would he hate either one less or more then the other? I get that being gay is a "sin" but what makes it that? I have more questions then answers right now and I'm very scared to go to either one of my youth leaders because I don't need rejection I need answers.

i suggest u go and consult some religious person (in private) who is highly educated in the true religion :) some1 will surely help u

i can say nothing but advice u to make ur study vast.. just read the stuff... listen to arguments on such topics with a clear mind at first .. what i mean is, study not like u decide beforehand that which side r u on.. read with an open mind, accept everything ...
i dont know if it is in bible or not but as a Muslim i know what Quran says.
(i dont have vast knowledge so as to right on my own.. so i found it from a good reference especially for u...
please read it :) i hope u can understand:-

It is clear that Allah (swt) is telling us that the people of Lut invented this sin, Humankind had not done this before the people of Sodom (Lut's people) and therefore it can not be genetic.

Ibn Kathir says in his Tafsir (Tafsir is ab explanation or extension by a well educated man on the verses of book):

The Story of Prophet Lut, upon Him be Peace, and His People

(Lut, when he said to his people..) Lut (Lot) is the son of Haran the son of Azar (Terah), and he was the nephew of Ibrahim, peace be upon them both. Lut had believed in Ibrahim and migrated with him to the Sham area. Allah then sent Lut to the people of Sadum (Sodom) and the surrounding villages, to call them to Allah, enjoin righteousness and forbid them from their evil practices, their sin, and wickedness. It this area, they did things that none of the children of Adam or any other creatures ever did before them. They used to have sexual intercourse with males instead of females. This evil practice was not known among the Children of Adam before, nor did it even cross their minds, so they were unfamiliar with it before the people of Sodom invented it, may Allah's curse be on them. `Amr bin Dinar conmented on;

("...as none preceding you has committed in all of the nations.'') "Never before the people of Lut did a male have sex with another male.'' This is why Lut said to them,

("Do you commit lewdness such as none preceding you has committed in all of the nations Verily, you practice your lusts on men instead of women.'') meaning, you left women whom Allah created for you and instead had sex with men Indeed, this behavior is evil and ignorant because you have placed things in their improper places. Lut, peace be upon him, said to them:
ـؤُلآءِ بَنَاتِى إِن كُنْتُمْ فَـعِلِينَ]

("these (the girls of the nation) are my daughters (to marry lawfully), if you must act (so).'') [15:71] So he reminded them of their women, and they replied that they do not desire women!,

(82. And the answer of his people was only that they said: "Drive them out of your town, these are indeed men who want to be pure (from sins)!'') So they answered Prophet Lut by trying to expel and banish him from their village, along with those who believed with him. Allah indeed removed Prophet Lut safely from among them, and He destroyed them in their land in disgrace and humiliation. They said (about Lut and the believers):

I'm good. I haven't done anything lately just hang with friends see a free movie and stuff but I only have two more weeks in tell my b-day that should be fun I can't wait I'm going to see a friend that I haven't seen for two maybe three mouth now. I'm also working on my book I have three copes and I'm try to make them into one now.

Good to be talking to you again and I get it school is a pain!!

thankyou for you comment ^^ that picture is pretty old, hehe XD <3

Yeah I know but I go off and on a lot so yeah.

I'm still alive. Father's day is coming up and I hate that day.(long story)and that great you're having fun.

I know were to find ender's game but i meant your book?

Oh and please read my story Magic Nation the one with 47 chapters and tell me what you think of it please and yes i do take consructive critisism well.

Were can I find it?

Yeah I will I'm looking for some good books.

I've know about it I will try it.
Go to page: