Halloo! That's me looking like I've got a chip on my shoulder in my black hoodie, which always shows up purple for some reason! :D

You may know me as XDrowningxinxIceX on fanfiction.net. I also have a deviantart account under the same name.

There's not much I really want to say about myself.  I like drawing, painting, writing and playing video games.  My favorite musical artist is now AFI, but I'll usually listen to any genre of music.  Davey's birthday is right after mine!  I'm usually pretty silly, unless you make me mad.  I'm a Baptist Christian and an animal lover.

Here's something I want to get through to everyone.  I'm half black, half El Salvadorian.  I'm not white, and don't say I'm trying to be white.  I'm not Mexican, and no, I can't speak Spanish.  Don't ask me where El Salvador is, Google it.

What's up Tinko? I gotta go for job in a a fish/chicken and chip shop. That'll be lotta funs:D [sarcasim] anyhows, Haven't seen you much on FF.net and Stephen's pineing for ya:P

Ellos:D I need to update my page so bad, lol. In the next few days I'll upload some. *hint* *would wuv comments*

I haven't seen you much on AIM or FF.net.
What's up?

Hey! Guess who? Yeah, I finally got an account. Woot.

aww not fair you got it? ive been lookin for it everywhere and when ever i dont have money they have it then when i do its gone >.< is it just amazing? argh im so jelous haha but yah dude it has been a while glad ur doin good :D im good too ^^ i just got back from playin paintball and im bruised and exhausted XD

WOW! PD? You're a fellow vegie?! *mega-squishamafy huggle* XD You never told me! To go one better I'm becoming vegan. I LOVE ANIMALS MORE THAN YOOOUU!

Happy Thanksgiving to you also!! 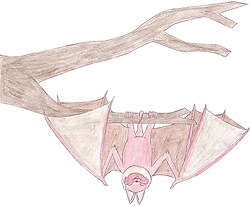