Ahhh! :D omg look at that, it so amazing! I cant wait to see that finished ;u; so pretty~
Thanks! ;v;

Lol your weclome again xD
And oh XD yeah I guess that would get in the way of them haha
Oh boy! :D I cant wait to see that!

Your welcome! Sorry I didnt comment it but my nets whacko right now
I really love it but I wish to have seen his pretty eyes in it :D Great job! <3

It’s still pretty rough and there will probably be plenty of changes but here’s the story is so far;

Certain Fallen (Souls twisted by their corruption) find a way to escape the Rot (Along the lines of hell) and enter Purgatory, the Fallen who escaped attempt to enter the mortal realm but are stopped the Guardians. (The Guardians are the defenders of the gate between the living and the afterlife) The Divines (Demigods) in reaction to the breach state that the Guardians are to step down from guarding the gate and will be used to guard the Rot, and that they (The divines) will be appointing new guards to keep the gate secure.

The Guardians refuse to step down and the Divines attempt to take the gate by force during the confusion of the conflict, (I haven’t decided how exactly) the gates into the Rot are opened and a large number of the fallen escape.
At the end of the fighting the Fallen are driven back into the rot and the gate is sealed poorly. Purgatory is left in ruins, with the souls either corrupted by the Rot, drug into the Rot by the fallen, or simply destroyed in the fighting. The Guardians are devastated with only one surviving member, and the Divines army is not much better off. The remaining souls in Purgatory are conscripted by the Divines, and plans are made to open the gates and conscript more from the mortal realm to bolster their numbers before the Fallen break through the gate again.
The last Guardian refuses to step down and allow the Divine to open the gate. In a desperate last stand the last Guardian is knocked through the gate and falls to Earth.

My current idea is that the last Guardian was reincarnated because she fell through the gate.

Random other trivia: I haven’t thought of a name for the realm the Divine exist in (the Purity maybe?)
Each guardian had a “Cruse” and the last Guardians curse was immortality in its truest form, which is why she was able to survive the events of the first breach, betrayal of the Divines, and the flood of Rot.

Sorry about the wall of Text

...Uhh.. Want the "really quick" version or the detailed-ish version?

Little of both really, started off as a little idea for a journal entry and I just kept working on it, haha

That's nice :D
I'm fine, just attempting to figure out what to do with a story I've been working on 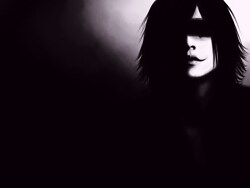