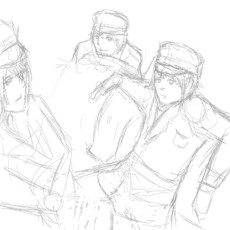 Yo, I'm not as active as I used to be on here. Now I come on here like twice a week. But I've been drawing a lot on Tegaki, so if you want to see some of the pics I've been doing (I've posted some, but I much more.)

I would appreciate it if maybe you could leave on comment on how they look. I know I'm not that great with it, but it's nice to hear what people think! Thanks a bunch! :D

They look so adorable. I love Ike >_<

I finished your request.

your avie is scary lookin. its kinda cute... in a scary funny way.

My suggestion for your end of the art trade isn't giving you fits, is it?

I finished the picture for the art trade. I hope you like it!

For the trade it would be nice if you could draw one of my OCs. Sorry for the lack of reference I have for her, I've only drawn her once.

I love your style, it's so unique. I'd love to do an art trade.

Aw. Thank you so much!

Awe, thank you! You are aware that I'm LoveKisameChan, right? I gots mah account deleted because of too many faved pics/artists, and confusion with another artist's username. :)

Thank you for all the wonderful comments! :)
Go to page: 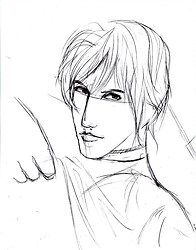