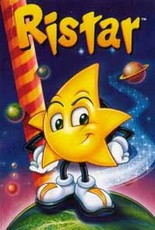 Once, I was looking down in the basement trying to find something kool, and then, I opened this box and guess what I found! A SEGA GENESIS!!! I looked at the cartridge and it was Ristar hooked up to it. I also found two other games. Sonic 3 and Kid Chameleon. THIS IS AWESOM!!!! So, as you would probably guess, I went straight to my room, hooked it up and I was playing Ristar hopelessly trying to grab anenemy. Well, he didn't put up much of a fight, the bad-guy so to speak was trapped in a cocoon and I couldn't get to him. So, I decided to play Kid Chameleon. DANG! THIS SUCKS!!! So, Sonic 3. Ya know, I was 8, playing a Genisis in 1999, thinking 3 games was enough. But not right now. Luckily, there was a nearby Slackers in O' Fallon. (We just moved to O' Fallon, MO) They had good games there, I got Golden Axe. That was a FUN game. My neighbor had a Genesis and Golden Axe when I was 7 and he was 12 (Whoa big age difference) He always used to kick my butt, but right now, I know I could beat it. So I went home and played...

...And the electricity went out.

The elctricity went back on, and the game was still hard and VERY boring. I gave Ristar another go, when you get the hang of it, it's pretty fun! Ristar is my favorite thing right now (Well, second to NARUTO!!!)


...I have recently been collecting YU-GI-OH cards and here are the ones I have so far...

I am intelligent (NOT a nerd)
Fast on my feet
I think before I say things (Except on Falconlobo's picture of Goken, whoo...)
I don't have many friends, I'm a kid who likes art (I don't really get it... who doesn't love art?!)
Well, here's my friend list.

I HAVE USERNAMES FOR OTHER SITES!!!

NEWGROUNDS: WindfallSword
DEVIANT ART: Shockeron22
FAC: You already know that one!!!
Well, that's it!!!
Oh, don't go to newgrounds.com often, most of the stuff on there is self-explanitory XD
Can I use the colour? Nah...

This is one of the characters for my "made-up" game. Here's
YUKAMA!!!!

Name: Yukama Kishimoto
Gender: Male
Ability: Speed
The day Yukama was born he got struck with a lightningbolt.
He was granted speed faster than a bullet and the ability to
strike someone and paralyze them before anyone knew who hit'm. He learned the art of Fire-Bending later on and became one of the best. He is fast on his feet (of course)
and he thinks ahead of his opponents. FATALITY: Firebolt Striker BRUTALITY: Brutal Paralyzer FRIENDSHIP: Runs quickly to Sharper Image and buys him a Robopet

This is our next character; YUKI!!!!!
Name: Yuki Ono
Gender: Female
Ability: Unknown
Yuki has the ability to freeze things with one motion of her arm. Her sister, Yumi has the opposite ability; to burn things with one wave of her arm. Having the disadvantage, she learns the art of Water-Bending and gos on an adventure to find and defeat her sister. FATALITY: WATER-ICE SMASHER
BRUTALITY: Icyinator FRIENDSHIP: None (More characters coming soon^^)

If Christ is in your Heart, copy this into your profile.

He's your savior and lord, and died on the cross so you can go to Heaven! God your God sent his only begotten son to die on the cross so our sins could be forgiven! Why? Because he LOVES you! He cares for you, and is always there!

hello. i was just wondering, do u duel? as in with the cards??

kool!!! I liked that of the black man and the white man that was so fun... you are right racism is bad ^^ kool profile, and good drawings

Hi!  yea, some people will be kinda weirded out by you just saying hi, but it's all right.  The best way to make friends is to comment on artwork and get commented on yours.  have fun and comment whenever you want! 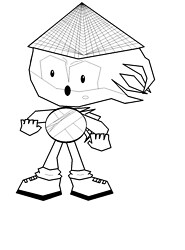