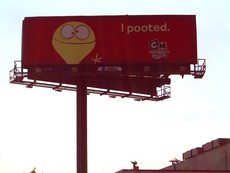 Hey everybody! I'm Naomisami_Cheese and I'm gonna tell you some stuff about me!
Um, lesee . . . I live in New York and I have a brother, a sister, a mom, a dad, and five cats. I also watch a whole lotta tv and I want to be a cartoonist when I'm older. Therefore, I also draw alot of cartoons that I like. Here is some stuff I like.
Avatar: the last airbender, Codename: Kids Next Door, Jimmy Neutron, Code Lyoko, Atomic Betty, Time Squad, Ben 10, Courage the cowardly dog, Danny Phantom, Juniper Lee, Martin Mystery, Super Robot Monkey Team Hyperforce Go, American Dragon: Jake Long, Kim Possible, Static Shock, W.I.T.C.H., Dexter's Lab, Ed Edd n Eddy, Fairly Oddparents, Family Guy, Fosters home for imaginary friends, Futurama, Grim adventures of Billy and Mandy, Hi Hi Puffy Ami Yumi, Invader Zim, Megas XLR, My life as a teenage robot, Powerpuff girls, Samurai Jack, Spongebob Squarepants, Teen Titans, Totally spies, Xiaolin Showdown, Tim Burton stuff, Sonic the Hedgehog, Buffy the vampire slayer, Weird Al Yankovic, Homestar Runner, and A whole lotta Animes and Mangas and Japanese stuff.
Yeah, uh, I like a lot of stuff. I don't think I even managed to mention all of them. Of course I like some of the stuff a hell of alot more than the other stuff.I guess I like most cartoons/anime I know about. Although I do have 4 cartoons who are my most favorite. Sonic the Hedgehog, Danny Phantom, Edward Elric and . . . Cheese . . . from Foster's . . .
But anydangfreakinway, (thats my favorite made up word) I also take requests if you want me to draw something specific. But I don't draw yaoi or sexual content unless its supposed to be humorous. Or rather, I CAN'T! I'm still a pretty sucky artist so it wouldn't surprise me if no one even wanted me to draw a request for them, but I am good at writing script stories. ^-^ (I like these typed face things, they're one of the few internet-isms, or whatever, that I like.)

hi, sorry I havnt been on for a while thankies bte *Adds to friends list* So how are you?

hey great art you have! Wanna be friends?

Hey!
Thanks for the pic comment!
I really appreciate it!
Have an awesome day!
*CrimsonCherryBlossom*
or
*Ashlee*

HI!! n_n
Thank you SO much for commenting on my picture!!!x)
Do you like Danny the Phantom??n_n
*big hug*

Hey, just replying to the comment you made on my profile. Sure, you can make a T-shirt out of the "Up Yours" picture! I'd be honored! Thank you so much for asking. :)

Hey there, thanks for al the comments!! ^^
Go to page: 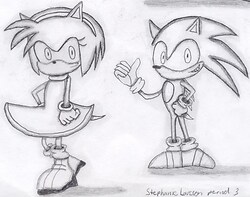