~ "Phantom Shadow" 6/12 chapters completed
To Be Realeased On: June 1st

you've seen my fetured artwork correct? can you draw My character with any of the 4 characters that like her? XD they are all in that pic with her Plus they are in my icon too ^^ you can draw my character in either Human or Ghost form if you want, doesn't matter to me. and if you need a refrence lemmie know

OH HECK YES you are so talented and i'll be thrilled to trade with you, what would you like?

YAY DISLIKERS OF PINK! i have fanfictions on ff.net too...
Fanfiction.net/~masterofprocrastication/ it's danny phantom fanfics.. ^^ i love danny phantom... ^^SQUEE!

I don't think I've thanked you for faving me, so thank you! heehee bye now ^_^

hello how it going!! 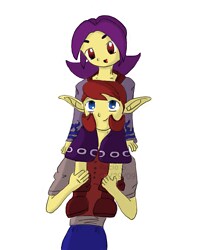