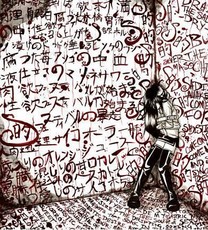 Well just a front up,I am Silver, or Jack and my brother, who share's this file with me but doesn't draw, his name is Hitori. Both are charrie's name and are nicknames are the same.

Well Im an anime Fanatic, I like all anime but my favorites are:

and all thing of more later....

Anyways I love drawing and I would probaly have better drawing on if i had a SCANNER, DAMN YOU SCANNERLEST COMPUTER. Okay, I also talk to myself alot, like listening to anime music, no one understands what anime is a school and its driving me crazy, and I like reading fanfics but when it comes to writing them..... Update I've got a scanner yay!
So, well, my favorite animals are

I have a brother one year older then me and is the one who reads funny fanfics with me. Well I don't know were im going with this but oh well. I know its pretty stupid but I go on neopets, only because I've been on it since I was seven. If you thinks that sad, I was once on there and on a board I met a 22 year old that had gotten fired but was just happy to be on neopets, like she's got a problem.
I one day want to travel to Japan or Italy. I think I want to be a cartoonist or something like that.

Thanks for the comments. And yes I read my profile...I'll read your story....

I like all your art. Keep up the great work.... I was woundering if you could come and look at some of my work. plez and thanx.

Sure.
Go to page: