Anyways, you probably didn't miss me much, but I still love you all anyways.  <3

I'm not as much as a noob with art as I was a few years ago, which is sorta a good thing, but I probably won't upload as rapidly.

A lot has happened in the last two years, some World of Warcraft, some DeviantArt and a hell lot of teenage drama at school.  Most of the drama is easily forgotten though.  But I won't bore you with the details.

I take requests, although I do have some art in progress at the moment.  I'll draw anything except dull still life.  And overly sexual stuff.  For srs.


Currently Working On:
Random OC's and stuff.
A story I'm writing (WAY better than what I already have)
A random comic series about zombie animals.

Keeping my friends list here, I hope everybody still comes on.  =)

man I haven't been on in FOREVER! Glad to see I'm still on your friends list haha

Pirates!
Ninjas are always too hard to find.

Hi :D this is Sabrinat14. I just wanted to let you know I made a new account.

Yes, I'm afraid it has, I'm very sorry for that. )= But I haven't stopped drawing, and I think I've improved lately. ^_^ Ooh, yes, very very long time. And I apologize for taking a month to reply to your comment. =o.o=

ah it's okay! And yes, I still like you xD

xDD Phew. By the way, is there anything you'd like me to draw for you?  I got nothing to draw at the moment except Field Of Creatures 4, and I can't be bothered for that.

umm... maybe... uhh... Midnight? My robot monkey OC? (I have a picture of him in my gallery) If he's too hard then I will give you something else :3
Go to page: 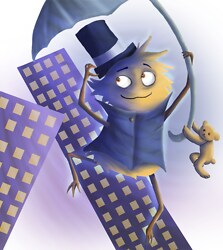 Away With the Wind