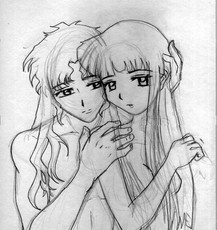 My name is Princess but everyone calls name by nicknames like yamisprincess,Kagome,Kohaku,Yami,Rei,Sailor Mars,Inuyasha,Starfire, Princessey,Kikyo,Kagura and Sango I don't like to callled Naraku or half-breed because it hurts me alot and Naraku means hell.Anyway my incarnation is Naraku's girlfriend her name is Utsugi an shikigami master.My organ is being the second princess of the white moon with my mother Queen Serenity.I'm an half-dog demon just like InuYasha I lost my powers in new moon.A boy name Chase Young seems to love me like he never seen an half-demon before.I use to love Yami until Anzu interfere with me calling me an half-breed so I never forgive Yami went with that dog I fell love with Inuyasha we arrgue sometimes Kikyou is my best friend I was protected my friends.Sango always want to babysit her baby brother so Naraku won't found him anymore I was trust my friends.I didn't orinze my anicent past in Egypt before it seems I had ansister and her name was Princess too there she's friends with Els.My eye's are golden eyes,have dog ears,sliver hair and claws during the new moon I transform from half-demon into an human which that surpising to say.My life half-demon and half-human really sucks because nobody don't get along with me they hate me I'm just like Inuyasha I look like him people say that Inuyasha and me look like twins but we're just a couple that love each other and best friends Inuyasha still cares about Kikyo,Kagome and I but people are so stupid we're not twins at all just couples get it thought your thick heads and minds. I can give him at he so nice inside. I've got the Princess name from my mother Queen Serenity and Kikyo as for my middlename from Kikyo herself.

I just graudate from school last month on May 30. We had so much fun spraying crazy strings in the air it lands on everybody's growns,caps,hair,shoes,chair,the stage and the floor.

Yeah sure why not.

Hello want to be friends?

Thank you day is your birthday?

Yes you can make another story for me if you want^^

Oh you know fine.-Sighs with sweatdrop-

-Smiles-Thankx hey tell atemuLover I'm making up a sotry call Break 2 Makeup sotry for her care join me in it? and I'm writing a Yaoi story.

I will please don't hate me.

Hi! Thanks for the comment on my pic (ya gotta love him as a vampire in any drawing ^_^). It made me really happy, and hopefully I can see more of your art in the future!

I've never seen your art before until now it's beautful.

I almost make you and Duke getting married story on at.

I'm sorry about at I'll fix it ok?

Either way it suits you fine.

yes do that story please^^

Ok hey I wrote a new story today it's call Naraku's contorl over Princess pleas read it and put an comment.

How can I upload the picture?

Then welcome to the club.

*Bites down on Tea's neck*

Yes please do that story^^ and please give me the song^^

Ok then I'm write about you,me and Atem it's about Tea' is firitin' with him so we got upset about and Tea' pay what she did because we're in love with Atem sounds good don't it?I also got a song for you it's 4 page letter from Aaliyah do you want it?

You may choose, I like Yami in both ways so XD

Ok I'll draw him both ways.

Yes I wanna draw you, me and Atem^^

Your picture of Atem is coming my father have to fix the scarn on the computer.

Yes we do hate Tea'

I through it was Joey?

Yes I wanna join your club:P

and yes I hate Tea

Yes I wanna know the song for my character^^

ya, it's really good!love the shading! :)

hey thanks for the comment. Did I make naraku more sexier than the origional anime/manga naraku?

-pokes- P-chan, ehm....when you type a 'story', you don't type the story in the summary - you type it in the space below it.


For a summary, let's use your panther demon tribe story for example: InuYasha gets a deadly warning from the panter demon tribe. With the only people that matter to him at risk, will he be able to over-come whatever obstacle it is that they have plotted?

Or something like that..XP But Cstdenis (the owner of FAC) said there have been some problems with posting fanfictions - so you 'might' wanna wait 'til that clears up.

Unless he's already fixed it. Meh. What do I know about it? ._.' I don't think it's fixed yet, though - because usually if it is, it's poted on the homepage in the updates but...mew. >> I dunnooooo!

I will do it now.

-poke- Didja validate your e-mail yet? 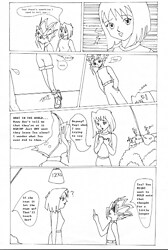