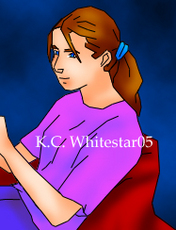 I'm an Anime Fan^_^ Don't like Yaoi or Yuri, when it comes to fan pairings, i'm Ok with it if it's already in the show, IE Sailor Moon.

RULES
*I don't do nudity, (Cleavage, Guys with out their shirts off or swimsuits are exempt from this, Tastfule nudity like Sailor Moon kind, I do, except guys.) Sex scenes are included.
*I will not do Yaoi, Yuri or Incest I am uncomfortable doing it
*I will need to know what you will want drawn, (who, if you want a backgroud, what the person looks like (if you have a referance that would be wonderful) what you want that person/people doing... you know stuff like that.
* I will send you the picture MEANING THE ORIGINAL (email me if you want me to send it)

HOW TO PAY ME!
PayPal
send the money to
kcwhitestar at gmail dot com

Thank you very much :D

no problem. I liked it. I hate it when people don't have an open mind about that kind stuff you know what you should draw there child at like 6. That would be sweet

Dude I didn't mean to hurt your feelings.

Sorry about that I just was never a Cyborg/Raven person I'm a BB/Rae person myself so I'm sorry.
Go to page: 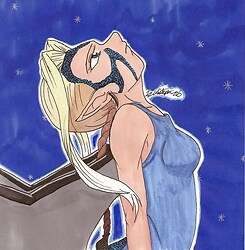