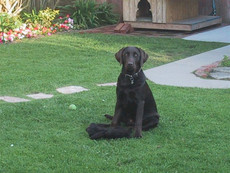 My email is garrettlevine@msn.com
No caps.


The Year of Doom has begun! Break out the apocalypses and plagues, for Jesus is coming to Iraq!

I'm adding a new section, and I've been playing GO for the past few months so...yeah..I'm pretty good at capturing, but not at saving, and then the jump moves and everything...Menh, I'm not much of a power player...

"I'm sensing hostily...Was it the song or my voice?"

"...Is that guy giving his neighbor a brand new car?"
"It's that really HOT chick across the street right?"
-clasps hands together and screams "VIRGIN!"-

"You know, Barbie, Paris Hilton, Ronald McDonald and Simba could've been great Nazi's!"
"Isn't Simba a lion from Disney?"
"Yeah, it'd just be so frackING AWESOME to see him eat a Jew in a lions den!"
"What about your other choices? They don't make any sense, Nazis were smart."
"They have blonde hair and blue eyes, they do it with the soldiers to boost their 'MORALE'...you know what I mean?"
"What about Ronald McDonald?"
"He's just so fracking scary, you can see him wearing that outfit!"

"Son, have you been playing with your morning wood?"

"Mama said knock you out!"

"No beer until you finish your tequila!"

Every thing people from Neurotically Yours and Project DCK say

"If you play your cards right, I might just give you a look under my mask..."

"Kiyo I tried to tell you, but my favorite soap came on, it was a special wedding episode!!"

"I can't believe you just sold out your brother like that...it was so heartless!"
"I love heartless! They look so cute!"
"What the frack are you talking about?! I'm not talking about Kingdom Hearts Heartless, like the expression, Heartless!"
"There's no such thing! Psshaw...and you say I'M stupid.."

"Roxxanne, don't leave! My only friend is an old guy in a diaper!!!"

"They have booby-trapped their own sun, somehow!"

And Alot more I can't remember

Lately, I've been going on Ebay and purchasing ALOT of Kinnikuman stuff. I even got a mask! MUSCLEMAN GREAT MASK! Anyone wanna meet me, go to the anime convention in California this summer, and looks for a guy wearing to Kinnikuman masks. Also, I've been buying alot of action figures...like Ashuraman, Suguru, Kid Muscle...Even I forgot!

I gave gifts to just 2, COUNT 'EM, TWO PEOPLE! Both girls! One was my friend Claire(Yaay Claire!) and I got her the movie "Sixteen Candles"...the John Hughes classic!
The other was my friend(I think..) Amanda, I gave her a gift certificate to Target(SO LAZY OF ME!!!!)...

Well, I'm working on another story, which I put alot of my heart into, and a HELL of alot of thought... few battle styles are VERY unqiue, like aura manipulation, and some other thingS!....Dont know if I should post it, though...^^
PLZ tell me if I should...

My new pics are....well mu big one is of me and meh dog Sammeh ^^ he's so cute and crazy...he's like a puppy version of me!...If it don't show up, email me for one!
The other one..is of Digimon on St, Patrick's day....lol, Veemon got smooches from Palamon and Gatomon...and Patamon's jeaolous...heheh....Happy Death Year!...Um, New Year!....Riiiight..

Hello! In case you were wondering, i have a deviant-art account and a myspace account, not to mention email, in case you want to contact me! (seing im not on this site often)
haha anyways yeah

Thanks for the compliment~! Ah, Texas is pretty cool. Depends what part you're in though..because it's so dang huge. It takes 10 hours just get out of it if you aren't near the borders. . _ .

Your art is pretty amazing! :D Keep it up~

Thanks! I like yours a bit better though, since you seem to be able to capture the intent of the work better.

Heh, thanks! I really like how you color though. Coloring is not really my strong point so I try to practice more on it ^^

I was always good at coloring. o.o
In kindergarten, I was the only one who could color in the lines. XD
I want Naruto and Hinata together.
Imagine their child. Cute, Powerful and...No pupils. O.o

I looked at the designs they did for quite awhile, with the original designs of the characters. Yush, I had alot of references.

My dog's name is Sam, and it's fine, I'm just focusing on somethin' else.

me either just relaxing chatting and stuff

ps ur puppy dog in ur pro pic is adorable^^
Go to page: 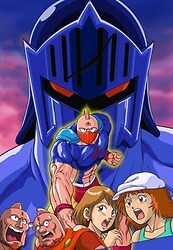 Can you even guess the danger of Robin Mask?