Alias: Psyconorikan
Alot of people can't pronounce this for some reason. So here is the official pronunciation for anyone who is wondering how to say it.

I'm 24, currently working on a manga of my own entitled "Lynuka:Forever Frozen" I love anime (obviously) I mostly just hang out with my friends when I can and draw. ^^ I use crayola colored pencils and photoshop as my coloring media.

You have FANTASTIC artwork! I hope to draw as good as you someday!! ^__^

oh, and lol, Death note is above the most amazing thing i've seen

lol awesome ^^ well, where to start?
I definately love your mustang picture its so amazing ^^ he's awesome; that whole series was incredible. I love the fact that you do most of your work in crayon. Thats a great talent if you ask me. I adore your pics of gaara and Hinata as well they are simply beautiful. Although i have never watched code geass, i love that picture as well. Is that an original picture that you just colored? or is it your own work?

Thank you so much! I appreciate it! :) And yes, The Code Geass picture is my artwork. I didn't just color it. Everything in my gallery is my work. :)

thats really amazing. You're simply breathtaking. Especially considering it looks exactly like them. Good work ^^
i ask you one favor though lol dont look at my gallery.. its all old pictures and they make me sad 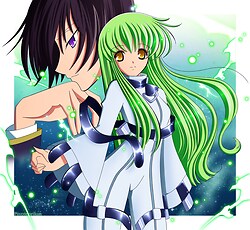