I'm not going to be online much but I WILL know if any of my favourite artists upload anything because my hotmail will tell me so I can keep up to date. I will still be uploading art every now n again but not very often.

I've got a manga series in the pipes of my own creation, it will never make it big though because i reference and borrow from a few other places XD Not to mention the fact that I swap and change parts of the storyline so often I will end up re-releasing the entire thing with changes all over the place!

I love to cover other peoples characters although I always have a hard time with it.

My entire PC has died now so I'm gonna be having a bit of trouble sorting out artwork on here. not only that but I was robbed not so long ago of my laptop and ALL my artwork from the last 3 years. I'm working as hard as possible to come up with some new stuff but it's not coming too easily. I am starting up a Legendary Super Saiyan series of pics starting with Vegeta (already up) and I am also going to draw up some of my characters super attacks. No doubt everyone will love Angelus more than Neo (no change there) but I shall persevere and just draw Nico cos he's better looking and cooler than Angelus =D

Profile of RogaN
A breif extract from The Forbidden Empire
3955539582

Do you have a Deviantart acount? If so can I get a link? If not then make one. <.<

Neo my other to are up on gohan too so check them out I think there are pretty tight!!

Hey Neo my first drawing is on gohan!!!

I'm leaving this acount, and made a new one.
Since your one of my fans(I'm on your faves list), could you refave me on my new acount?
You can also delete my old acount off your faves if u want.^^
Its here:
http://www.fanart-central.net/profile-XxAkinaxX.php

well no matter how many times you do it, its the end result that matters...AND YOURS IS GREAT!!!!

yo dude i needs Angelus colours ^^; can't say why 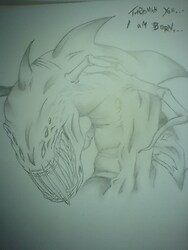