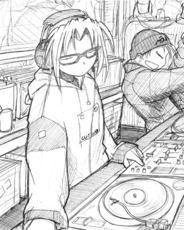 FOR EVERYONES INFORMATION: I AM NO LONGER USING FANART CENTRAL. PLEASE FIND ME ON DEVIANT ART UNDER THE NAME OF : THEAVERAGEGEEK

Sorry aboot the number of pictures i have being slightly off. i tried to upload one picture more than once and it got all 5cr3w'd ^ mon. so, i have 2 less pictures than it says i do...

Anyway, I have some pictures, kinda cool. You need to at least RENT Steambot Chronicles or Buy it in order to get the few pics.
I also like Kingdom Hearts II, I is stoopid... Sora is a fag
(actually, in japanese, Sora means Sky. So... His parents must notta realized he was a guy coz, thass just weird...)
The Jak and Daxter series was REALLY cool too, so was Rachet and Clank, and Ace Combat 4. Alien Hominid was REALLY REALLY REALLY cool. There is nothing "Final" about the Final Fantasy series, but I like them anyway. The Fullmetal Alchemist games were somewhat disapointing, but still fun. The show ROXXORZ though. So did the movie. Oh, wait, this is america, the movie isnt out yet. DDR is DDR. so thats it.

Anything that is not pornographic, racist, or profane I will do per request. If I feel that the picture is any of those above I'll... um... yell... super soviet loud... yeah... you dont want that... umm... your eardrums will explode. (on the note of violence, if its overly violent i wont do it, but if its one guy kicking another guy in the nuts, then its cool)

My profile Pic... is not mine. I wish it was, but it is Fred Gallagher's from Megatokyo. That is Megadustrial Remix...

I also want you to know that I cant spell, nor do I want to. I hate grammar, so dont expect me to use the ' thing, k?

No idea where the cat picture came from. True, that is my cat, and yes, he is wearing my *favorite* old hoodie(I have been wearing that thing since 6th grade, And now im a Freshman!!!), but i dunno why i did that to him...http://www.jibjab.com/JokeBox/JokeBox.aspx?Id=102887&amp;amp;amp;JokeId=40153

Fanart Central has decided to bring back staff-hosted contests!

Our first one for 2011 will be a Halloween contest starting on October 10, 2011. Please choose a Halloween theme you would be interested in drawing!

Hey, I just read that love/crush thingy you put on someones profile thingy and I don't know how to send anything because I don't have a chat room or email adress or anything for that matter, ( I'm only 11 ) and I'm like super worried I'll end up like Barbra ( did I spell that right) and I'm not one of those worry freaks or anything, but I'll get super worried if something weong happens!!!! HELP!!!!!!

just send it through FAC

just send it through FAC

they curse a li'l tho

ps:copy and paste the link to c it

Argh! Curst you Garrett, for that uber superly long chain letter!!! Oh, and could you tell Colin I want FFVII back? Y'know since I don't even have a class with him anymroe and stuff...I mean I didn't mean for him to keep it! XP
Go to page: 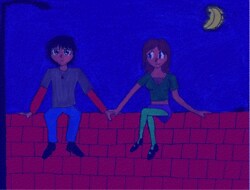