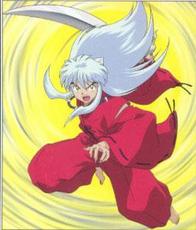 My myspace is at: http://www.myspace.com/demonofunrealtournament

OK. Now before we start, I thought it would be important for you all to know that:
1)I am a perfectionist.
2)I believe that Dante is Inuyasha's reincarnation.
3)I don't like to color my work (especially since the last Inu pic I colored looked like Asuka, and powerfull male half-demons shouldn't look like 15-year-old German schoolgirls in red latex mech pilot suits).
4)I am incredably slow w/ my work. I barely even find enough time to sleep. I don't need people breathing down my neck for another pic.
5)If your the kind of person who thinks that they're so superiour to everyone else that you can just ignore the feelings of others/starts up pointless arguments for no reason, then get off my profile/section/whatever else, and stay off. Believe me, you don't want to get on my bad side (cuz this is a pic from the last time I went phyco on some poor baka:

(Just incase, sorry if the pic offends anyone).

Estimated current age: 17 in appearrance(If you doen't count those 50 years I was pinned to a tree and frozen in time by Kikyo's sacred arrow...plus however many I lived before that... which some say adds up to a total of over 260 years. Not to mention the whole time warp thing in my story).

Favorite food: Contrary to popular belief, my favorite food is romen, NOT DOG FOOD! ( I also enjoy devouring the flesh
of multiple creatures, or I could just say that I like meat).

Hobies include: fighting demons,Making weaponry(out of duct tape), drawing, hanging out with my friends, and playing Unreal Tournament 2004( that's what the "UT" in my name stands for, aswell as this symbol:).

Race: I'm really not entirely sure, and the parts I do know are way to complex(simplest:humaniod in external features), so to save time I just call myself a "beserker".

What I'm looking for in the ladies:I prefer younger wemon with dark hair. I would like them to be Christian( but still have nothing agianst demons...or at least half-demons), be a good fighter, attractive, an anime lover, a gamer and be able to sence the Shikon Jewel( and F.Y.I: I don't mean no jewelry).

Irritating and highly negative satanistic/preverted/homosexual/lacking-of-a-sence-of-humor people are NOT allowed to comment on anything of mine.

Now request-wise; All request will have to be something I'm willing and able to draw. In other words: NO WEIRDNESS, NO GIRLYNESS, AND NO PERVERTEDNESS...WITHOUT MY APPROOVAL FIRST!

I am trying to stay at a resemblance of a kind and understanding male phycopatic gamer/anime lover with at least slightly more "restraint" than Miroku has (if you catch my drift).

I would like to acknoledge 7 indiviguals: j_sparrow for telling me about this site, KagomeTheArcher for the profile pic, Sesshomaru1111 (or Arson)for the first friend on FAC, mustanggirl forpointing out the UT in my name, Darkmasterbabe for sounding familiar, zakuman for having both cool and "hot" drawings, OMG_U_Killed_Kenny for being "its" wierd self, and all of these people for texing me. I thank you. ^_^

Sorry if I left anyone out, but you can't expect me to update this thing every time I enter FAC. Can you?

If your the kind of person that likes finding stuff out about themselves by taking a quick quiz online, and have played and/or are still playing Golden Sun (for GBA), you might want to check this site out: http://guru.theotaku.com/view.php?action=retrieve&amp;amp;amp;amp;amp;amp;id=49

Make sure to check out my story, "Unreal Inu-Yasha". It's at:http://www.fanart-central.net/story-37485.php

i have two Damaras figures one orange armor grey skin


i just liked him

its ok that happends a lot to ppl

Hi everyone who'll see this.
Hope your having a happy holiday.
Just wanted to remind everyone that I am taking requests for duct tape weapons (or other misc items), but only one at a time. It's just that I thought that this is the kinda thing I would get flooded with requests for, so in other words, PLEASE request something (I'm experiencing artist's block and want to cure it w/ requests (and no, I don't care how crazy it is as long as it doesn't violate any of my or FAC's rules).
Go to page: 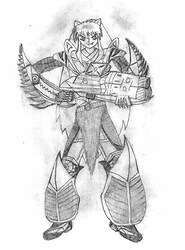