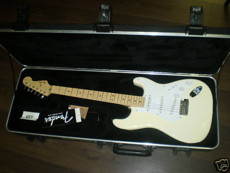 RIDE THE SLIPKNOT FAN BUS IF YOU'RE A FAN!

92% of teens have moved onto Rap,
If you're part of that 8% that still listens to real music,
then copy and paste this into your profile

My favorite music is
metal
rock
jazz
and blues

My OC's
Name: Kyle
Age: 19
Species: Wolf
Fur Color: Green and Black
Eye Color: Green
Likes: martial arts, playin his guitar, hangin with friends, listening to music
Doesnt Like: not playing his guitar, not able to find his hat or beanie, haters, unloyal friends, rapists
Favorite Food: anything Italian
Bio: He picked up his first guitar when he was 3, but his father had died when he was only 5, he kept playin his guitar in the name of his father, when he was 10 his sister and mother were killed by a rapist, he had to watch his mother be raped. Ever since then hes been roaming the world, him and his guitar, the guitar his father gave him.

I wonder if cracking that one bully set him straight...I never heard from him again, so maybe I knocked some sense into him? lol, yeah right, it'd be nice to think so.

One giant scrap beats thirty little ones. Well...guess that depends on your mood. And the person who's asking for the punch. I can think of one or two I wouldn't take back. (Not trying to sound tough, just being honest, lol)
Go to page: