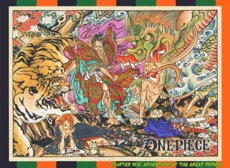 12/31-1/1 (DOUBLEFINGER lol)
HAPPY BIRTHDAY ACE
i mean happy new year people
so yeah
i'll be posting up the belated day 2 (Finally) today
sorry for the wait i've just been celebrating christmas for the last week now
because of all the family i have and i didn't have any free time
man it's late
err..early
oh btw HAPPY BIRTHDAY ODA-SENSEI

12/21
well this is a first
usually i pick favorite characters because
1 they have pyrokinesis
2 they are just plain awesome
3 if they are a guy they are smexy and probably have long red or short bluish black hair
but for once i chose a pyro
because
1 his last name was cool
2 he didn't look like a total girlyman
3 his first name is cool and he looks cool
kain akatsuki
i just now found out he was a pyro thanks to alichino when i was looking at their gallery since they had submitted something right before i did
(http://www.fanart-central.net/pic-711535.html)
and to make sure that it wasn't just their own creative thinking
i looked it up on my internet bible (wikipedia)
and sure enough it says
"Kain's ability as a vampire is the opposite of Aido's, the ability to conjure and control fire."
wtf...
so yeah that's one of the few interests i don't share greatly with my double
that shoujo crap
like furuba (fruits basket) (aka basketcases)
i've only seen like the first like 5 episodes of it(which she seems to REALLY like)
i hate that tohru chick she's annoying but her friends are cool
and it turns out that my favorite character (the dog)
is like evil or something idk (it's always that way...my fav going evil)
go ask alex (ha ha go ask alice go ask ale...im the only one that's gonna get that probably...)
so anyways
vampire knight...man
strange stuff...
but at least they don't sparkle
(well besides their eyes...)
man i'm strange
so anyways
day one is complete
(sort of)
go check em out

12/17
omfg i can't stop laughing
hiro's (okay okay masi oka's) voice keeps ringing in my head
man i'm such a heroes nerd
well then again i'm only slightly a heroes nerd (i haven't read more than like 6 pages of the web comic)
so anyways
man
daphne and him crack me up
thank God for comic relief
especially since everyone else is turning into douches
*cough**cough*nathan*cough**cough*
so anyways
i'm off to draw up requests and then make a portrait of silken floss from the spirit (once again my nerd is showing)
and work on another marker piece like the i did of smoker
man...
i'm going kill those kids in art 1 if they try to jack my markers again
so anyways
peace out
war in


12/15
school is finally over for the semester!!!!
no more annoying people to deal with on a daily basis
thank God
and hopefully it will stay that way next semester
since i'll have two less class
well time to deliver presents

12/12
hello to:
sharpies
drugs (over the counter -duh)
duct tape
spray paint
tattoos
lottery tickets
cigarettes (eww...)
and
other stuff i can now do

man it's fun to be facetious too

i don't have to take a bunch of tests for school
(well besides the state test that i missed last year)
so i'm feeling really good right now
(or it might be because in nature of science today this guy made us sniff a strange looking plant which he said was "creosote bush"
but it looked like mary jane to me...
turned it out it really was just creosote...)
(but he had it in a baggy and everything...)

XD Being hated is quite the compliment.

but yeah even the old ones were amazing

I'm leaving this acount, and made a new one.
Since your one of my fans(I'm on your faves list), could you refave me on my new acount?
You can also delete my old acount off your faves if u want.^^
Its here:
http://www.fanart-central.net/profile-XxAkinaxX.php

Well, I was feeling all lovey dovey, and you know when you feel lovey dovey, you seem to like even the most stupid songs? Yeaahhh :P

life's been a bit stressful lately but besides that pretty good
wow you got on early today
i see you notice your requests' wip
i have another picture of your ninja girl (can't remember her name at the moment, forgive me)
that i was planning on editting so that the pictures are shown back to back

so how about you, how's life going?

meh, gettting sick week after week with different illnesses.
i guess it's fine, not normal but fine.
my year round cold hasn't bothered me yet, i think it was replaced with the fever.

i believe her name is Rie

random hi back!
Go to page: