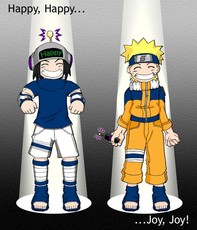 Hi pplz my name is Tracie (not really my name) I am Ra's cousin and hope we can all be friends. My b-day is july 4th (weird ain't it). I love to draw and write poems. My favorite food is...well anything XD and my favorite tv shows are...

My favorite colors are...

Blue, Green and Grey ^^ and a little bit on the black side...

My favorite game characters are...

Mario and Co.
Sonic and Co.
Dk and Co.
and many others that im to lazy to put up ^^;

Name: Tracie D. Bang
Age: 14
Species: Fox
Fur color: Blue
Eye color: Green
Likes: Drawing, and writing poems
dislikes: anyone who has a cruel heart
Fav. Food: PIZZA!!!
Crush: None yet
Bio: Used as a military weapon, he was built to create and destroy. Due to a simple mistake, he has become programed to have feelings. He used to be a real fox but now he is partaly a robot. He enjoys helping anyone he can and hopes that one day he can become no longer part android.

Name: Eddie
Age: 17
Species: Wolf
Fur color: Grey
Eye color: Yellow
Likes: Hunting, and thinking to himself.
Dislikes: being in a large group, and being bored.
Fav. Food: Anything he can find
Crush: None yet
Bio: Eddie used to be a depressed loner who got angrily easily. But when he met Tracie as a youngly he has trained him to become more like a wolf and to deal with all his problems. Normally he would prefer being alone, but now he likes being in a small group of friends.

Name: Stetson
Age: 20
Species: Hedgehog
Fur color: Green
Eye color: Red
Likes: being alone, sleeping
Dislikes: working, being told what to do
Fav. Food: Ice cream (it soothes him)
Crush: None yet
Bio: Stetson was your ordinary child. Happy, playful, and kind. That was before his parents were killed. After, he has become a very stubborn hedgehog and is known for his bad crimes. When he met Tracie and Eddie, he felt like the two were his own youngling. But...they drive him insane!!! Because of that, he normally drinks alot and can get very drunk very fast.

TOGETHER THESE THREE CREATE...

WATCH THIS!!!! ITS COMEPLETLY AND UDDERLY STUPID!!!

92 percent of teenagers would die if Abercrombie and Fitch told them it wasn't cool to breathe. Put this in your profile if you would be part of the 8 percent laughing your butt off

Thanks!! Yours is cool too! Ya ill be friends with you!!

It might take me a while to finish your avatar