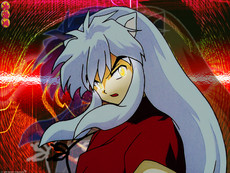 This would be me in an alternative world

i FINALLY GOT THE ORIGINAL PIC OF THIS! ENJOY!

If you havent seen this pic yet, i think you should! heres the link to an awesome inuyasha pic! ^-^

YES I AM A GAMER
Fave Video games/computer games/everything else:
The legend of dragoon !!!
Alundra 2
The sims
Medievil
Need for speed underground!
Pokemon
super smash bros. Melee!!!!!!!
the spyro Games! HELL YES!
Crash bandicoot! HELL TO THE YES!
Devil may cry
Resident evil (any of them EXCEPT Darkside Chronicles RE2 IS NOT A RAIL DAMNIT)
Final Fantasy
(Recently) Silent hill
although I haven't played much of it, Dead Space
there's more, I know it... I just can't think of any...

Requests i have done for people are:

Unfortunately I don't have any extra time on my hands anymore so I never have any time to do requests.
Feel free to ask for them though, they might just take a really long time, or the worst I would say is no :)

Hi there my name is Victoria and nice to meet you

gewd. a lot has been happening so i haven't had a whole lotta time to post anything

not a whole lot. Just came back and took a look at the revamp of fanart :D looks pretty cool. lots o' video games too i spose XD
u?

lol i love how it posted that 3 times

the original silent hill.
but i still have yet to beat it and this was forever ago

My name is Grace and my email address is( gracebeker@yahoo.com) i saw your profile in this site and become interested in you. I am a loving lady who is seeking for my true love, I want to end my loneliness, and my mind tells me that you are the kind of person i want in my life. I am very romantic, caring, honest and faithful. True love is hidden in every heart and it continue for life time. For more details about me, kindly reply me AT( gracebeker@yahoo.com) i'm waiting earnestly for your reply,then i will give you my picture.
I CHERISH YOU
GRACE.

YOU DON'T KNOW ME! *runs and hides in corner*

Your welcome. How r u? 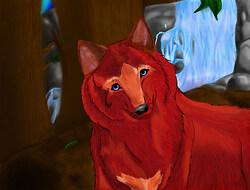